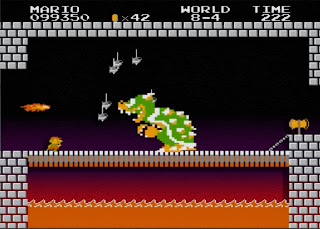 NES Remix is a quirky little game, and a clever way for Nintendo to exploit games that are as much as 30 years old just that little bit more, but ultimately this is the kind of game that people will point to as proof that for all its rhetoric, Nintendo is as much at mercy to mobile gaming trends as any other developer and publisher out there.

The basic idea of the game is to take classic games that were popular back on the NES, and break those experiences down into microgames. So for instance one Legend of Zelda level will ask players to clear a room of enemies. A Balloon Fight level will require players to collect a few balloons. A Donkey Kong level will set players the task of accumulating 3000 points.


Players are rated out of three stars for their performance in these levels, based on how fast they complete them. At certain star thresholds players will unlock “remix” levels. These are the real heroes of the experience. One remix level will turn Mario into an endless runner and task him with reaching the end while players can only use the jump button. Another level will task players as Luigi to move through a reversed level. A Balloon Fight remix will task players to collect balloons, but the screen will progressively zoom in, making it more difficult to see both balloons and traps around them. 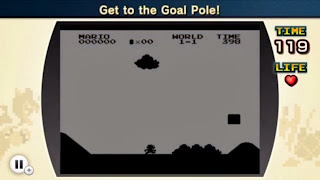 In addition to the stars, players earn points based on how well they’ve performed in a level. These points work like an experience system and with every “level up”, players unlock a stamp to spam over Miiverse. These stamps are charming enough, but can only be used in the NES Remix Miiverse community, limiting the sense of reward from unlocking them.

As you can probably tell from this review and the video, there’s a lot of levels in NES Remix, but there isn’t a lot to them. A couple hours play will net hundreds of stars and unlocks, and while it’s impressive that the rewards and new levels come at such a pace, and the presentation and remix levels are genuine quality, there’s a very “mobile game” feel to the whole experience. The focus on instant gratification and time filling, forgettable play works just fine on the iPad or iPhone when it’s free or $0.99. For a $10+ Aus download, we would have expected an experience that is a little meatier. As it is, you’re likely going to get better value from simply downloading a couple of NES games off the eShop Virtual Console.