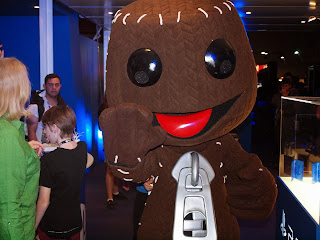 As you would have seen on the site, Digitally Downloaded attended the EB Games Expo that took place over the weekend. The event gave us a chance to play the upcoming games and consoles, and gave us the opportunity to mingle with other gaming fans from Sydney and the rest of Australia.

It was always going to be an interesting event; after the arrival of PAX in Australia, EB Games faced some real competition, and thankfully (from the perspective of a gamer), it looks like they succeeded; the event apparently sold more tickets than last year. It was also incredibly well run. For some games lineups were always going to be inevitable, and long (at least an hour for the AAA-games), but staff were friendly and helpful, and the crowd was incredibly well behaved.

Compared to other events that have taken place in the very same hall, the crowd was also far better dispersed. Not once did I feel uncomfortable and claustrophobic, and the organisers had arranged ample outdoor areas with food outlets and the like to help keep the flow of people moving around comfortably.

The show itself had all the big guns – EA, Activision, Microsoft, Sony, Nintendo, Namco Bandai and others. Each were showing off their big games that are coming up, as well as some that have just been released. It was a great opportunity to test out all the major games coming out over the next six months, do decide exactly which excited people the most. 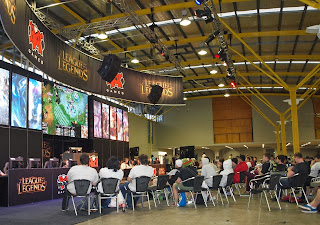 But what was especially great about the Expo was that it wasn’t just about the consumerism. Yes the big publishers were advertising their wares, and yes there was a big space dedicated to an EB Games store. But there was a retro gaming area for everything from the most primitive PCs through to SNES and Dreamcast consoles. There was free events happening throughout, from cosplay competitions (check out our gallery of cosplayers here) to game design tips, discussion panels, and board game competitions.

The event also supported the local games industry in a big way, with a major section of the floor sectioned off for Australian indie developers. From Nnooo, to a Brisbane team producing a rich CCG game, Infinity Wars, to another indie showing off his platformer, which was the only Oculus Rift game on the floor, there was as much fun to be had there as the “main publisher” area.

As with last year, the crowd was spectacular. The games industry so often has a reputation for hostility and bad-mouthed individuals, and yet as far as I could see none of the women were harassed, and despite the presence of competitive games like League of Legends and big PC gaming areas, there was never a sense of hostility. I’m not denying these things exist, but it’s truly refreshing to see that there is a friendly community out there.

In the meantime, enjoy the photos below!