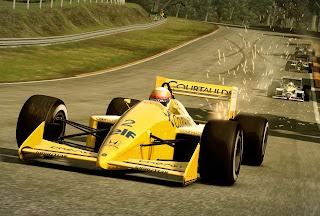 There has been a shift in 2013 with the way sports games are made, a shift that I quite like. The developers of sports games, and yes, F1 is a sport, you wannabe elitists out there, have sat down and thought about what the consumers of these types of games actually want.

They’re a simple bunch, sports fans, and they wanted very simple things, these developers decided. They wanted to get into the action as quickly as possible without too much fluff. I was pleasantly surprised to see NHL 2014 had taken on a much more simple menu design and now F1 2013 is a similarly clean and straightforward game. It doesn’t take anything away from the action but offers a much cleaner and easier game with the focus purely on what is happening on the track. 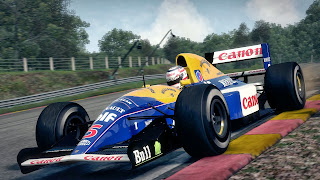 For disclosures sake, the last time I played a racing game to death was Gran Turismo 4 on the PS2. I loved that game and would sink literally days into trying to master the track and buy every car I could. I thought it was a game that was perfectly balanced and gave just rewards for hard work. When the next gen of consoles came out, I switched to Xbox but played Gran Turismo 5 on PS3. To me it just didn’t capture the same qualities as its predecessor and I’ve found it hard to get back into racing games. I know that there is plenty of gushing over Forza but I haven’t had a chance to really dig into that series. However, F1 2013 has reinvigorated my need for speed in a big way.

The first thing about F1 2013 is that it is a very pretty game. With every other franchise gearing up for the next generation of consoles and trying to go out with a bang, this much is table stakes for a game that hopes to be popular, but F1 has if anything upped the ante. Offering every major F1 track from around the world for the current season as well as several classics from throughout history in the F1 Classics section, there is plenty here to sink your teeth into. 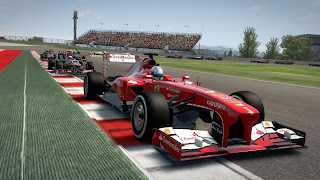 That Classics mode is a nice treat for the most hardcore of F1 fans, but it won’t mean much to more casual rev heads. I found myself gravitating towards the career mode pretty quickly, and I’ve stayed there since. That’s still where the meat of the game is.

Of what I understand about F1 and why people love it, it is the little things that matter, and they’re the kind of perfectionists that do want to be able to tweak their performance to thousandths of a second. Here it is no different. It was incredibly frustrating learning the game as a more casual  because the developers at Codemasters have clearly aimed to make the most realistic game possible. Each track has the prime line to drive and if you are outside of this or oversteer slightly… or do anything wrong, really, you will lose traction or drive off the road and be no chance of winning the race. It’s all about precision, even when playing on easy. But while it’s not easy to get into, I derived a lot of pleasure from mastering these controls and beating the game. It must be my competitive nature. 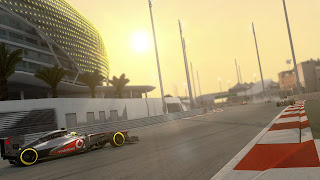 Spending a week with this game was never going to be enough. There is so much to be done and tested. There are already two DLC’s, a 90’s Pack and a Classic Tracks Pack, both of which would add another dimension to a great game. However, considering they did not come with the review copy, I can’t really rate them, except to say that even if you didn’t want to fork out extra, there is plenty to do in the retail release. I for one will be playing this game for many weeks and probably months to come, trying to learn the tracks off by heart and win the championship, finally, on hard. There is great longevity and a feeling when you play the game that you just want to beat it. Codemasters have done a spectacular job in making an accessible, immersive and addictive game while not scrimping on the difficulty.

I am not an F1 fan. I don’t really get the huge appeal. However, after playing this game, I can certainly start to enjoy games based on the sport. It wouldn’t be the first time a game has got me into a sport. However, for the most part I fear this game will likely be one solely for F1 aficionados, which is a little sad. There is huge value in this game, a great learning curve and overall a great sense of reward for getting good at it. That’s not to mention the love that Codemasters clearly have for the sport of F1 and its history.