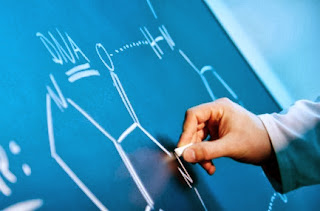 Article by Aidan B.

The EB Games Expo turned out to be a great opportunity to reflect on some things in games that we may not typically think about in our daily lives. There were a lot of great panels that gave some real insight into different issues within the gaming industry from the Iron Ribbon panel on ethics in gaming to practical application panels on games design. One I would really like to highlight was a panel on innovation in gaming.

The panel was presented by the Academy of Interactive Entertainment (AIE), and was designed to look at the topic from both the game design point of view and also a consumer’s point of view.

Innovation, according to the AIE, can be described as “the application of new solutions that meet new requirements, inarticulate needs, or existing market needs.” For gamers that can be broken down as; New Requirements = wanting new gaming-related stuff, Inarticulate Needs = yet to be a part of the games industry but could be, Existing Market = enjoying what they currently have. Innovation, as a concept, can service all three groups.

In the games industry people often complain about the lack of this unsafe, wild innovation in the AAA-development space, but according to the AIE there are merits to both safe and unsafe innovations. If there wasn’t big game developers out there making safe calculated tweaks of existing games what would people that like those kind of games play? Different groups of people enjoy different kinds of experiences and any healthy market needs to serve all of these different tastes.

There are some benefits to “unsafe” innovation, though. The market tends to be much more forgiving of flaws in new and innovative experiences. An obvious example is the Wii. Everyone loved Wii Sports when it hit the market because it was something really new, and in hindsight the entire Wii console was a big risk by Nintendo, but looking back now there were a lot of technical issues that made the Wii difficult for both player and developer.

Other reasons that it would be good to see more developers, especially the indies, look at unsafe innovation are numerous. There’s less competition if you are making a unique product, consumers don’t care about having as much content if they get new experiences to compensate (again, look at how thin the Wii Sports content is), and unlike safe innovation is common there’s some market impact just by releasing an interesting, quality product. The existence of the product goes “viral,” basically, and word of mouth or media reporting becomes free marketing.

Of course, unsafe innovation is also difficult to dream up, typically. If the idea was so obvious someone would have already had it. The AIE suggests that aspiring developers look outside the games industry for things that other mediums do better and experiences in life that aren’t in games. Take for example, Guitar Hero; that idea came about because a guy just wanted to share air guitaring with his mates to songs he liked.

As for consumers, what can we do? Vote with your wallet. If you are sick and tired of “uninnovative” games, don’t buy them. It sounds so simple, but the fact that the AAA-games continue to account for 90 per cent or more of games revenue shows that for all the complaining out there by gamers, innovation isn’t that important to them at all. Follow indie-friendly media like Kotaku, Rock Paper Shotgun, IndieStatik, AusGames and, of course, Digitally Downloaded. Follow the IGF awards. Be an active part of the solution.

I think one phrase the folks at AIE really summed up my experience from their presentation; unsafe innovation is the thing we love and need the most, but see the least. That’s not going to change until gamers genuinely do something about it.