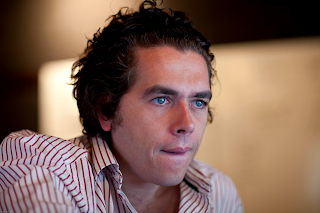 Since the very earliest days game music has been a critical part of the experience. Right from those classic 8-bit tunes in the original Final Fantasies and Super Marios people have craved classic music to accompany their bouncing, bopping and battling.

As the visual and narrative sides of game development has matured, so to have the compositions that accompany them. Now we are spoiled with full orchestral compositions by true legends of not just games music, but also film compositions. You only have to pop in a game like Ni No Kuni to realise the impact that the music can have on the emotional resonance of the game.

Lorne Balfe is one of the rising talents in the world of musical scoring. At just 37 years of age, Balfe has collaborated with and been mentored by the likes of Hans Zimmer, Ramin Djawadi and Steve Jablonsky on films as wide ranging as Frost/Nixon, Transformers and The Dark Knight Rises. But he’s also done some wonderful game scores of his own. Assassin’s Creed 3 fans can thank Balfe for his inspired music compositions. Skylanders: Giants shows he is also capable of lighthearted, fun music.

Next up he’s responsible for the soundtrack of Beyond: Two Souls. There’s a lot riding on this game; David Cage is promising a new, cinematic approach to storytelling, and a cinematic game needs a cinematic score.

Understandably Balfe is busy at the moment, but he took the time out for a brief interview with us about his thoughts of music in games and his own background.

Digitally Downloaded (DD): How have you found the process of composing music for games? What do you like or prefer about it?
Lorne Balfe (LB): I find both processes exactly the same. My job is to help tell a story. The viewer or the gamer is being visually transported into this world and the music must help facilitate this journey.

DD: Does game music need to work in a different manner compared to film or TV music?
LB: The only difference is the mass amount of music required for games. In a film, I tend to write around an hour to one hour and forty minutes of music. In a game, it can be far more. For Call of Duty there was over seven hours of music!

DD: What would you say are the greatest challenges about creating music for games?
LB: Coming up with an original theme! I panic at the beginning of a project when it is time to write a piece of music that reflects the subject matter. On Beyond Two Souls, getting a theme for Jodie was a hard task. It had to reflect her journey through life and the obstacles she faces.

DD: You’ve had the opportunity to work with some of the greatest music composers in entertainment, including Hans Zimmer on multiple occasions. How did you find the collaboration process?
LB: I thoroughly enjoy it. I love learning from others. When you work with the likes of Hans it’s impossible to not learn something. Being a composer for films or games is not just about writing music! It is about translating the thoughts of the director into score. It is a hard job. Many people can write a great theme but they need to be able to implement it to the story and help contribute to the images on screen.

DD: Where do you see games music going in the future?
LB: Games and films will have a greater connection. Scenes from film and games will coalesce. Beyond Two Souls is a fantastic crossover. Reading some of the comments on YouTube is amazing! Some people think it actually is a film!

DD: What are some of your aspirations moving forwards?
LB: I have trouble thinking past the week ahead!

DD: How did you get into games music in the first place?
LB: I was fortunate enough to be working for Rupert Gregson-Williams when he was composing the score to Battlefield 2: Modern Combat. Writing some of the action scenes was the beginning for me. Then when working for Hans, we both wrote the music for Call of Duty: Modern Warfare 2.

DD: What would you recommend to someone who is perhaps interested in a music career in the games industry?
LB: Don’t narrow your interests just to games. As a composer you should want to write for any type of narrative medium. I love being able to work on films and games. They both have their challenges but being able to cross over into both mediums keeps the creativity alive for me.

DD: Are you a gamer yourself? What games have inspired you?
LB: I am not a gamer. This is mainly due to the fact that I am not very coordinated!

DD: Finally, what games are you playing at the moment?
LB: I am getting ready to get stuck into Beyond Two Souls! I have the weekend all planned…

Review: Rage of the Gladiator (3DS)