This week on the wrap, we’ve got 12 minutes of The Evil Within footage for you. Should you survive that, we’ve also got news on Nintendo’s Holiday lineup, info about the Destiny beta that was just announced and a round-up of ‘hands-on’ and impressions from the Eurogamer Expo.

Mikami brings back terror in The Evil Within

There were a lot of things I was expecting to see from The Evil Within, but the new nearly 12 minute long trailer blows all my preconceived notions about it out of the water. This game is pure, unadulterated survival horror at its finest.

It’s visceral, it’s bloody and it’s filled with gore and scares aplenty as main character Sebastien Castellanos barely survives a deadly close-encounter with the supernatural only to find that the world has gone to hell around him.

‘Required viewing’ isn’t a term I throw around a lot, but if you’re a fan of old school Resident Evil and its creator Shinji Mikami, then you need to watch this video- just maybe leave the lights on when you do.

Don’t say I didn’t warn you 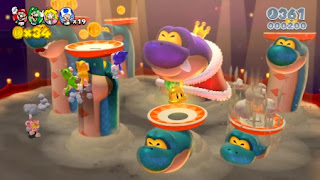 To say I wasn’t a fan of the games (as a block) that Nintendo had announced already as being available this coming Holiday Season is probably an understatement. It just felt like the company was almost going through the motions and nothing more at their E3 Nintendo Direct- which I still think was a mistake altogether.

Seeing all of the upcoming releases in one place though, does actually make something of an impression. Not only will Nintendo have a pair of Zelda titles (one for 3DS, one for Wii U) available by the time the tree goes up, but they’ll also have Super Mario 3D World and a host of 3rd party games.
That wasn’t all though as the company also announced the development of a new Kirby game for the 3DS would be on the way in 2014.

Maybe the only bummer of the presentation was that Donkey Kong Country Tropical Freeze has been pushed into next year. Not the biggest blow to Nintendo’s Holiday dreams, but still.

Check out the full announcements here (and start saving up) 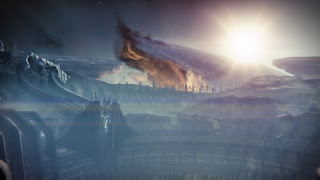 This Beta is your Destiny

Bungie’s next big thing is going the Beta program route. The hotly anticipated multiplatform FPS from the company that made Halo a household name is splitting the difference between current and (rapidly approaching) next-gen- and now the developer has announced that there will be an early-access Beta for fans to dig into.

The Beta is scheduled to be available for consoles only so far and will kick off early next year. It’s not as simple as a sign-up though as you will have to have Destiny pre-orderd first to secure access to the early play program.

The Eurogamer Expo, held this past week, is one of the biggest games industry shows in Europe. It encompasses pretty much every aspect of the industry all the way from indies to the big triple-A blockbusters.

We were there on the show floor and got some quality time in with a few of the games shown off and have a selection of opinions all set for you to read through. Just like the show itself, we’ve got a little something for everyone in this one:

While that was some of the biggest news to come off of the show floor at Rezzed, there was way more going on in the world of gaming and pop culture this past few days. Here’s a few of the other big stories that appeared on BG: