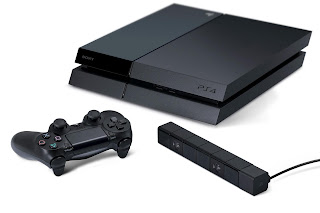 Sony pulled no punches with its Japan show. It’s not just the the announcement of a new Vita model, nor was it the announcement of the Vita TV. Sony unveiled a load of Japanese-developed games for the PS4 (much of which is exclusive), and it’s that software support that could well see the PS4 dominate the next generation.

Games that were demonstrated included the strategy JRPG Natural Doctrine for Kadokawa Games, a new Yakuza game, and Goichi Suda’s next work, which stars a woman and if it’s anything like his last big-budget game with a female lead (Lollipop Chainsaw) it should be truly breathtaking.

Why are these announcements worth rethinking the PlayStation 4 vs. Xbox One showdown? Because the show reminded us of something that many ignored or forgot back during the E3 2013 shows for both Sony and Microsoft; while Microsoft may have “won” on software with the western-developed games (though if it did win it was only by a thin margin, many did like what Sony had to show off more), Sony has the Japanese developers in its pocket. In fact, it would be commercial suicide for a Japanese developer or publisher to come out and lead with the Xbox One with a major project as neither the Xbox or Xbox 360 came remotely close to the Sony consoles in terms of sales in Japan. Short of deliberately producing a game for the western market there was simply no incentive for the Japanese industry to support the Xbox platform.

What we often forget about E3 is that it is largely a show for the west. While the Japanese developers and publishers usually show up, their presence is deliberately muted in favour of showing the majority of people tuning into the show the newest shooters and open-world games. Come Tokyo Game Show, the story is entirely different. At that show it’s Namco Bandai, Tecmo Koei and Square Enix that rule the roost. And Sony and its Japanese development partners.

The next logical question is why should people in the west care about the console’s performance in Japan, or games made locally for that market? It’s simple; for Sony it means diversity in games that Microsoft won’t enjoy. Buy a Sony console, and you’ll get a wide range of cultures and life views represented in the games available on the platform. Buy the Xbox One, and it’s going to be American all the way. With the games industry producing more and more content that could reasonably be argued as art of a similar standard to film and literature, the Xbox One will be like owning a DVD player that can only play Hollywood-produced blockbusters, and the PlayStation 4 will be like owning a DVD player that can play arthouse cinema from anywhere in the world. Any self-respecting film buff will naturally gravitate towards the latter DVD player.

Provided that Sony is able to hold its ground in terms of western games (and with games like Bungie’s Destiny, it is), the fact that there will be these also games will appeal to people looking for variety, or the “core” gamers that aren’t tied to a single genre.

It’s a side note, but Sony’s indie push also helps with that diversity argument. The Vita has quickly become the console for serious indie games, and the PS4 will be able to represent games from the west, indies and Japan in a significant way. That kind of diversity will be beyond what either competitor offers, and just as the PS3 of the last two to three years has been a genuine must-have, the PS4 will be launching with that same “something for everyone” offering.

We out here in the western gaming markets often forget that Japan is the second largest market for games in the world, and Japanese exclusives on a console do mean something. Overwhelmingly the PlayStation 3 had the Japanese developer support. We didn’t really see it at E3, but the PS4 also has the overwhelming support of the Japanese development community – even moreso than in the last generation because the Wii U is struggling to the point where there is no reason for anyone but Nintendo to support it. The Japanese developers and publishers have to produce games for something, and the PS4 is almost the default option under current market conditions.

Where Sony has struggled with the PS3 in its early years, as well as the Vita to date, has been in the western support for the platform, with Microsoft and Nintendo or Apple dominating the development budgets for big blockbuster games or handheld experiences respectively. That’s been changing with the twilight years of the PS3, and looks set to continue with the PS4, and so Microsoft should be very worried about the sheer diversity it is up against in the next gen.

Download “The Circle”, a children’s book based on the indie game Shelter