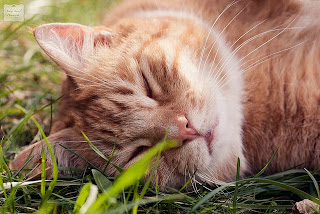 This week Digitally Downloaded journalist, Joseph, looks at a series of game franchises that are all superb, but possibly need to stop while they’re ahead. It’s a difficult challenge for game developers and publishers, to know when to stop, but too often we’ve seen wonderful game franchises that have fallen into mediocrity because the developers didn’t know when to say enough is enough.

Mass Effect has ended controversially with the third instalment’s controversial close, but filling in unnecessary gaps or even going in a non-canon direction would be silly. The trilogy is firmly over and there’s no real way that the developers can outdo that incredible story arc. That and Bioware wants to develop new IPs, I’m sure. Who wouldn’t want to see more new IP from Bioware?

Bear with me now because it’s impossible to claim that Assassin’s Creed has been anything but great since the original’s debut in 2007. The first was a clever idea, and the second was a groundbreaking success. But then Ubisoft started to milk the new assassin hero, Ezio, in two additional instalments in the following years. Since 2009, every year has seen a launch of a new entry in the series (even this year in 2013), and more than any other series, this is the one we think consumers will get burned out on.

I know what you’re thinking: How dare you! Well, it’s true. Pokemon needs to go on vacation or at least have a lunch break. It needs some time to think of new pick up lines and to save up some money for a new tux. Maybe move out of its parent’s basement and start managing a stable life on its own.

The basic reality is that while Pokemon games keep selling, they’re also becoming more and more stale, with less new stuff added in than in a typical release of a new FIFA game.

Or maybe I’m just spoiled with games that grew up a long time ago.

Call of Duty is your dog. Every time you make food, he’s there waiting for a bite. Every year since 2005, we’ve seen a Call of Duty title release. Now initially it wasn’t all that popular. Now it’s quite the opposite. Now in due fairness to Activision and the various developers of the games, they do do their best to mix things up as much as possible from one game to the next – let’s not forget that there isn’t much leeway to change a game where a tiny rebalancing of gun power generates death threats. But for all the good intentions, a break of a year or two might be a good idea before Activison burns out its most important franchise.

Medal of Honor wanted so very much to be Call of Duty. And way back on the PlayStation 1 and early-era PS2, the Medal of Honor games were great. The modern titles, however, are in the kindest way possible, a dead horse. A smelly dead horse. These games lack and kind of innovation that would allow them to compete with its competition; and because of that it’s just not as much fun as its rivals. The good news is that it appears that EA has realised that this franchise is one that needs to be left untouched in the archives.

Again, these rapid-fire releases of sequels really does hurt the long-term value of the games for the customers. Developers need to take some time off, relax, and brainstorm for their games to be truly innovative. There’s still plenty of room for innovation within the FPS genre has met its match, but because all the big games have this yearly release cycle there’s just no time for any of them to do anything with the genre. 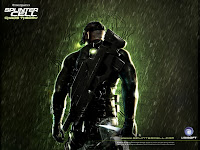 I love Sam Fisher. He reminds me of ol’ Solid Snake. Just not as cool. The good news is that this franchise is one that is, at least, not hampered by yearly release cycles. But that still hasn’t really helped the Splinter Cell series from failing to really break out from its PS2 heyday. Of course it’s hard to really innovate in the stealth genre when the overwhelming commercial push is towards dudebro shooters, but it would be better that we don’t get any more Sam Fisher games if that’s the path it’s going to take. 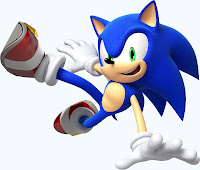 Sometimes I wonder if Sega thinks what it is doing with Sonic is funny. Dragging Sonic’s corpse around the trailer park like he’s a stuffed animal. Sonic Team has developed some quirky, cool games in its history. I want to see that team do more than what they’re doing these days with Sonic. With the kind of track records that the team has surely they’d be able to get a decent budget out of SEGA for a new IP. But then again, perhaps they’re happy releasing Sonic games that slowly but surely kill off the remaining fan base that the series has. 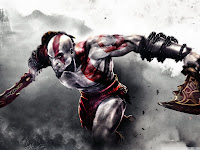 Call it quits Kratos, you’ve now done it all. With Ascension done we’ve now seen Kratos’ origins, right through to the epic final conflicts that he powered through. The formula is now stale, the generic rage thing has become rather dull, the Gods/ Goddesses are all dead, and the credits have rolled. Time to find a new angry Godkiller – I hear the Aztec mythology has a load of them to play with.

We get it Marcus, Epic Games, and Chuck Norris, you’re manly. You have the attitudes and chainsaws to prove it. The child’s play was slightly humorous in 2006 but it’s been seven years on now and what was once fairly amusing has become quite depressing indeed. There’s only so many waves of enemies we can take before we’re desperate for something a little different.

Pure Chess lands on iOS and is the definitive version