The Xbox One finally has a release date, LEGO Minifigures go online, XCOM shows off its new War Machines and we take a look at Dark Horse Comics’ The Star Wars in today’s roundup.

November’s going to be expensive

Well, it will if you plan on getting a PS4 and Xbox One and you happen to live in one of the baker’s dozen of countries that’ll be getting Microsoft’s followup to the 360 anyway.

For a while there, it seemed like the console was going to just remain drifting in the retail Phantom Zone forever- doomed to an eternity of flipping end-over-end on the surface of a cosmic mirror for all of time. But nope, the tech giant announced today that the Xbox One will officially be making landfall on November 22nd in all opening territories.

Lets just hope it doesn’t try to resurrect Krypton when it gets here.

LEGO has a pretty long history in video game land at this point, but there’s no game as of yet to feature the increasingly popular LEGO Minifigures or some of the classic worlds that the line has offered over the years. 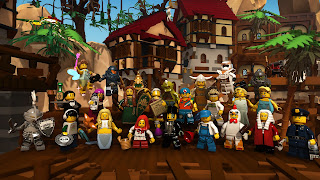 That’s going to be rectified as of 2014 though, as Funcom is bringing little guys and gals to gamers everywhere. LEGO Minifigures Online looks to basically be the digital equivalent of playing with LEGO’s. You can build stuff, knock stuff down and collect LEGO treasures as you play. And if that doesn’t sound like fun on some level to you, then you might not be human.

Click here for the full scoop, and try not to step on and bricks with sock-feet

Fans of Firaxis’ alien-smashing series XCOM have had a pretty good couple of years here.

First publisher 2K Games releases a critically-acclaimed, updated version of the classic PC title with XCOM: Enemy Unknown, then they follow that up with the also pretty sharp action title The Bureau: XCOM Declassified.

Now they’ve announced that XCOM: Enemy Unknown is getting some additions with all-new weapons, characters and maps this Autumn with XCOM: Enemy Within. I’d tell you all the different stuff that’s set to be included here, but I feel that simply saying ‘mech suits’ is probably enough to get you excited. 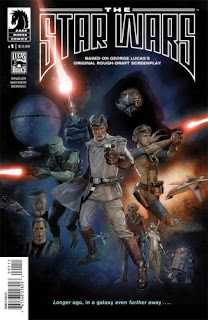 Click here and get ready to return to the field soldier

George Lucas’ first completed draft of the story that would become Star Wars isn’t something that I’d bet too many fans have seen, let alone read.

Dark Horse Comics has converted the rough screenplay into an 8-part comic series that’s as gorgeously illustrated as it is exciting and interesting to read. No, this isn’t the same old Star Wars that you know and (more than likely) love- it’s a beast all it’s own and it’s pretty darned awesome.

Check out our review of the first issue here

Gone Home; when the narrative respects the player, everyone wins