GTA 5 gives fans a detailed look at a pair of special editions, Dark Cybertron comes to Transformers comics, Assassin’s Creed IV’s live action trailer is mighty impressive and it’s the end of an era as Steve Ballmer announces his retirement.

Grand Theft Wallet
GTA fans have a hefty dose of decision making to sort through as Rockstar Games has announced both a Special Edition and a Collector’s Edition of Grand Theft Auto 5 that will be hitting retail in just a few weeks time. 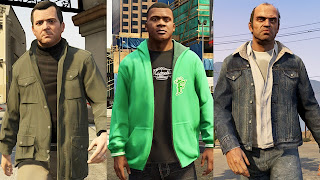 Both packages include more clothes and weaponry than the standard version, but only the Collector’s Edition will include Niko Bellic as a playable GTA Online character, Claude and Misty (from GTAIII) as ‘parents’ options and unique vehicles like the Khamelion electric car.
Choose wisely 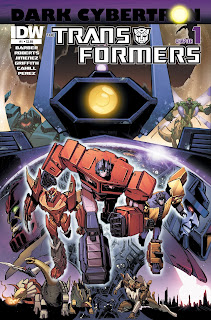 Cybertron falls to Shockwave in Dark Cybertron
If you’re a Transformers fan and you haven’t been reading publisher IDW’s take on the famed characters and their universe, then you’ve been doing yourself nothing short of a disservice.
IDW has, without a doubt, put out the best and most consistent Transformers work since the Marvel Comic way back when- and that’s saying a lot. Both More Than Meets the Eye and Robots in Disguise are more than worth the monthly read with independent casts of characters (though they obviously do take place in the same universe) and mature, well written story lines.
If you’re not reading though, might I suggest the new Dark Cybertron event as a ‘jumping on’ point? The massive crossover will play out across both Transformers books as well as a special Dark Cybertron one-shot that’ll set up a tale that takes place after the war between the Autobots and Decepticons has ended- and all but the insidious Shockwave are at peace.
Click here for the full story and pledge your allegiance
Assassin’s Creed IV looks more like a movie every day
Of course, that might be because the newest trailer for the game is a movie. Even though it’s more than a little light on gameplay, the video is super-high quality and impressive all by itself for it’s scope and cinematic feel.
The newest look at the actual game is almost on par with it though, as the game really looks to stand on its own within the larger AC universe.
Click here to watch the ‘film’ and here to check out the latest look at gameplay
Ballmer has left the building 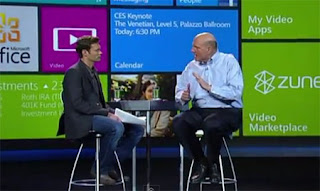 Well, not yet he hasn’t. Steve Ballmer, the CEO of Microsoft, announced his retirement late last week, but will stay on with the company through 2014. No Steve won’t be heading to greener pastures like former Xbox boss Don Mattrick, he’ll just be hanging up the cardigan and sweat-stained button-down as he calls it a career. For now anyway.
Ballmer actually oversaw quite a few big moments for the Xbox company since taking over for founder Bill Gates including the launch of several versions of the Windows operating system, the critically applauded but somewhat flat at retail Windows Phone 8 and Microsoft’s entry into the tablet market.
But even with all that, he’ll more than likely just be missed for those ‘inspiring’ speeches and his motivational screaming at company events.
Say farewell to Steve and click here