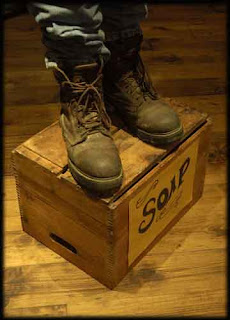 The games industry can be a wonderful community to be a part of. At their very core games are a balance between art and entertainment, and like film or literature that makes the industry both intellectually rewarding and enjoyable to be an active part of. Playing games are not work, they’re fun, and the fact that there is such a variety of experiences out there, coupled with the power of the Internet to bring communities together means that like-minded game fans can find one another to discover the mutual love for games.

Digitally Downloaded is itself an example of this. I’m very proud of the community that this site has built, along with our Twitter and Facebook accounts. There are plenty of other friendly sites out there that have done a brilliant job in bringing groups of people together.

But, equally, the games industry can be a horrible place and can attract some of the most genuinely unpleasant people you’ll ever meet. Misogyny, racism and homophobia is rampart. Women are routinely abused for daring to enjoy gaming or they are subjected to abuse for being an active part of the games industry. You can’t play a game online without having your sexuality questioned by a child whose parents should be utterly ashamed of their behaviour. At various conventions (especially fighting game meets, which are notorious for bad behaviour) a culture of utter exclusion and contempt dominates all interactions. It’s not pleasant, but thankfully it is also an incredibly poor representation of the vast majority of people who enjoy games.

Unfortunately while they are in the minority, these undesirables are the most vocal and prominent group of people in the gaming community. They invest discussion groups and comments threads, and will bully the more rationally-minded people out of the conversation. Over time people have come up with some ridiculous and childish defences to the behaviour. Gaming is a naturally competitive activity, some will tell you, and that apparently excuses the trash talking and exclusion anti-social behaviour. The sexism and misogyny is in humour, and therefore we should just have a chuckle and move on to the next “joke.” They’re not defences. They’re never defences. These people are genuinely undesirables and thankfully it looks like the broader gaming community is finally going to start ostracising them.

I am so very glad to see that the games media is waking up to the changing community around the games industry. IGN’s recent announcement that it will no longer tolerate certain behaviours in its own community is an bold, but much-needed move. IGN is the biggest gaming website out there. By taking a stand against the undesirables, it risks a small backlash from those people who suddenly have lost their soap box for hate speech, but what’s the pay-off? Suddenly those vast majority of people who want to have genuine, healthy discussions about the games industry can do so without fear of abuse. In turn and as more of the other big gaming sites take responsibility for their community discussions, the broader community will start to look in on the games industry and see that the discussions around games are maturing, and that will help gaming become all the more legitimised.

It’s good to see the games media wake up to the fact that it doesn’t need to tolerate incessant negativity and abusive language. It’s not restricting freedom of speech to silence the “joking” male adolescents telling female gamers to get back into the kitchen. In fact, allowing those undesirables to bully female gamers to the point where they don’t feel comfortable with leaving comments has a far greater impact on people feeling like they have the freedom to speak.

It’s also worth noting that freedom of speech doesn’t mean “freedom to say what I want wherever I want.” Publications in the media do have the right to curate content and establish rules around what can and can’t be said on their own publications.

By blocking out the comments of the undesirables we will end up having far more articulate and intelligent discussions on games. By blocking out the undesirables the white noise will be greatly reduced, and the media itself will become a far more valuable resource for game makers. Suddenly the comments we see on the discussion boards of respectable sites will be more reflective of the majority than the very vocal and antagonistic minority, and we’ll see a greater variety in game experiences as developers start to realise that there is a greater range of experiences in commercial demand.

The games industry will become more open and vibrant the more aggressively that the media weeds out the people who exist on discussion boards for no other purpose than to cause other people trouble. I hope IGN aggressively pursues its new positive policy for its discussion forums, and I hope the likes of Kotaku and Gamespot follow suit, because God knows with their communities they desperately need to.

It’s a pity that the games community wasn’t able to moderate itself into a positive direction, but if the media starts taking greater responsibility for the attitudes and communities that it allows to develop on its websites, perhaps we’ll end up with that positive direction anyway.

For our part, Digitally Downloaded remains committed to encouraging robust debate, but we have a zero tolerance policy towards any kind of hate speech, aggressive or antagonistic behaviour, or bullying. That’s the way it should be.