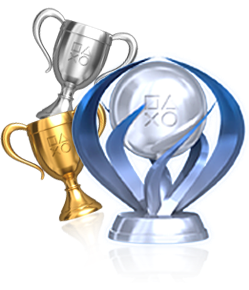 It’s US-only for now, but Sony’s trial of offering real rewards for virtual trophies may well be an insight into the future of achievements systems.

As reported in Gamasutra, Sony has launched a program called Greatness Awaits, where players can use the Gold trophies that they’ve earned in games to bid on prizes, such as costumes, concept art, and rare objects from games like Killzone, The Last of Us, Skyrim, Infamous, and Diablo III.

Under the trial there will be 15 rewards up for grabs, but you can be sure that if its a successful program, Sony will find some way to build the service out further. It’s also not entirely innovative as a promotion – Nintendo has something similar in its Club Nintendo system, though it’s not an auction system, and the rewards are tied in with the purchases players make, rather than performing well in games to earn a virtual currency in the form of trophies.

I think Sony’s approach to rewarding its most committed gamers is a vastly better realised system, since it directly trades in the thing that modern consoles will be fighting for in the next generation; player’s time.

The beauty of what Sony is doing is that it is rewarding the undivided attention of its players. Earning Gold trophies is usually not an easy task, and an auction system means that the best prizes will cost a lot of Gold trophies. Gold trophies means time. Time means commitment to the console, and its games.

Time is what is going to separate the successful consoles from those that are not in the next generation. It’s a simple equation – the more time someone spends with a console the more likely it is to be their dominant platform, and the more likely they are to spend money on it in buying third party games for it, rather than the rivals.

And that in turn will directly benefit Sony. The higher the engagement and the more time people spend playing games on the PlayStation 4, the more revenue Sony will make.

I have long thought that the achievements systems of Sony and Microsoft would eventually broaden into something more than an arbitrary score on a player’s profile. For now Sony’s system is only going to be of interest to the most dedicated of players, but I have every reason to believe that the system will become a broader rewards system, and Sony does have the early mover advantage here.