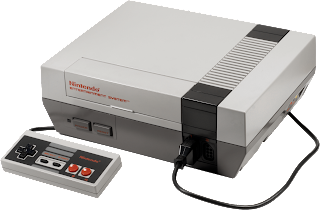 This week, Digitally Downloaded journalist, Lewis, is writing about the NES. For those who didn’t realise this; the NES has just turned 30 in Japan, and what better way to celebrate than to jump on the Wii or Wii U Virtual Console and grab some of these classics that laid down the very foundation of console gaming?

On most years July 15th is a fairly boring day. Rarely standing out as of interest above the 195 days (196 on a leap year) that precede it, or the 169 that invariably follow. But when one plucky year going by the name of 1983 decided that it would decide to gift one of the Gregorian calendars least decorated of days by bestowing onto it the release of the Famicom in its home country of Japan. Few would have guessed that 30 years on people all over the world would take the time to reflect on that moment as the day a new era of video gaming history was brought on.

Yes, this week marks the 30th birthday of the Famicom (which, by the time it had seen release worldwide in 1987, every man west of Yonaguni would know as the NES), and what better way to celebrate the passing of such a milestone than to fire up one of its many classic titles. But which ones should you play? Well, even though I wasn’t alive during the reign of the NES here are my top ten recommendations. 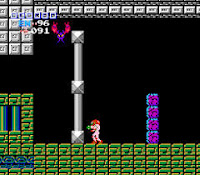 Whilst Samus’ first adventure may not have stood the test of time very well at all, I still find it enjoyable enough to give it a recommendation. Fans will enjoy seeing how far the series has developed from the original, and new players will surely enjoy the sheer confusion of being thrown into the world and simply told to find their own way around it, the way games used to be.

Whilst more recent Ninja Gaiden titles play nothing like the original, Ninja Gaiden doesn’t make use of a fancy combo system or 3D corridor levels, and instead makes uses of one of gaming forgotten tools: Punishment. Hard as nails platforming in its purest form. This is the kind of game where enemies are deliberately placed so that they’re unavoidable until you’ve learned the precise patterns they attack with and can reach before they’re on screen.

Much like Metroid, The original Legend of Zelda title hasn’t exactly aged well. Think of it as the father who taught his son everything he knows, then sat down to live life in contentment. However that’s not to say this game isn’t worth playing. The series has clearly evolved and become far bigger and better games now bear its name, but something about this game still makes it a must play; whether it’s the careless abandon with which you are thrust into the world, or simply the way you can really feel how this game has moulded and swayed the way games are made even today. A true classic. 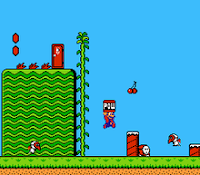 I won’t go into the obscure history of this title, purely due to the fact that every person on the planet must be aware by now that it actually a re-skin of a Japanese only title called Doki Doki Panic (Okay, I lied, I went into the history of the title…). That however turned out to be no bad thing, as it meant a Mario title like no other before or after, and one many gamers will point out as their personal favourite. It also marks the first appearance of Birdo (although a translation error has caused the credits screen mistakenly swap his/her name with that of another character called ostro) a character whose gender has since fuelled many heated internet forum discussions I have purposely avoided due to a mixture of apathy and love of mystery. 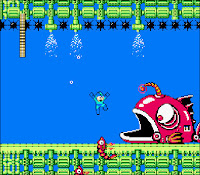 With Mega Man’s place in the Super Smash Bros roster being announced at this year’s E3, this is as good a time as any to introduce yourself to the little guy. There were of course many Mega Man games for the NES, but the second, for some reason, stands out as my personal favourite. *Disclaimer* I will not be held responsible for the damage of any controllers, screens, or bones which may be incurred as a result of frustration with this game’s difficultly.

Yes, the real second Mario Bros. game. These days this would probably be released as a simple DLC level pack (much like Super Luigi U actually), but back in the day this game was released as a full standalone title (much like super Luigi U actually…). This game features everything that made the original super Mario Bros. game great, and turns the already high difficultly level from “challenging” to “more challenging”, which earns the game my personal recommendation. Also, because the feature makes use of timeless, now iconic, graphics, and simple solid mechanics, this game has fully escaped the ravages of age. An absolute must play.

A true masterpiece, with its ruthless near non-existent margin for error and faultless soundtrack, this is a game that for better or worse you will never forget playing. The bottomless pit of death will demand you keep on your toes and never actually realise you’re having fun. But once you beat the final level you will throw down the controller, turn off the game and vow never to touch the darned thing again, maybe you will stick to that and maybe you won’t. But either way it makes little difference as you will be able to say with absolute conviction that you have succeeded where countless others have failed, and beaten Kid Icarus. Not so much a game as a trial of patience and endurance. 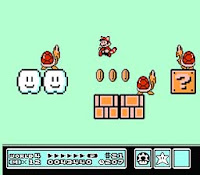 If Super Mario World over on the SNES had never been created this would firmly be the best Mario game, and perhaps even best 2D platformer, ever. As it happens however Super Mario world does exists, and it’s almost a shame too. Bros. 3 is so great it deserves to be the best, but its younger brother simply out performs it on almost every count. Though it might be inferior to the best ever I cannot stress enough how great this game is though, it a true master class of design, and I have absolutely no qualms with telling the entire world to go out and play it. 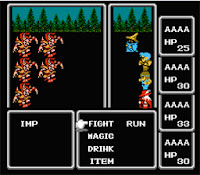 History time! There was a little company called Square that was basically about to go belly up. Deciding that the blaze of glory was the way to go out, Square threw everything it had into making one last game. This last game would promise unprecedented depth and length. It would promise a gloriously-large world to explore, and a killer soundtrack that was decades ahead of its time. In a bit of fatalistic humour it would be called “Final Fantasy.” In a rarity the game actually lived up to its promise, and a few million sales later Square went from being near-death to smoking cigars made out of money. And the game? Still surprisingly fun all these years (and updated versions) later. 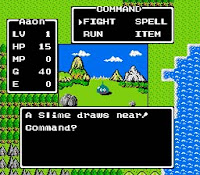 More history time! The slime monster – the smiling little blob that has become the official mascot of Enix’s greatest RPG series, was always meant to be the weakest, easiest monster for those level 1 heroes to slaughter by the hundreds to level up to the point where they can beat up something stronger. But for the artist behind the game (otherwise known as “dude who made Dragon Ball Z”) this posed a challenge: how do you make a blob an interesting enough enemy to suck people in to a 20+ hour RPG and not bore them in the first hour? One vacant smile and big, cute eyes later and an entire franchise is launched. All these years later, Dragon Quest still has that undeniable sense of humour and still has that charm that made it such a revelation back when it was first released on the humble NES