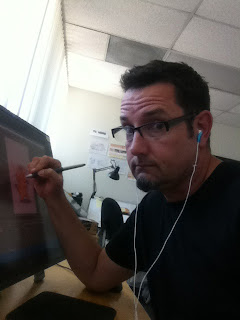 A couple of generations of gaming ago, a few developers experimented with claymation and bringing the unique and hugely entertaining style of stop-motion gaming to gamers. Unfortunately, games like Clayfighter demonstrated some issues with this style of game – it just doesn’t work for action titles.

However there was one game that really stood out. Called Neverhood, the game was a claymation point-and-click adventure game, and it succeeded in finding a fan base with its sheer sense of style. The creative minds behind that game, now at Pencil Test Studios, would like to bring claymation back to the resurgent point-and-click genre with a new game called Armikrog. They’ve launched a Kickstarter, and with a little over a day to go at time of writing, things are looking a little dicey – Pencil Test Studios still needs a little over $100,000 to make the dream happen.

So, if you would like to support the return of claymation to gaming, be sure to leave a pledge of your own.

In the meantime the driving force behind Pencil Test Studios, Ed Schofield, took the time out to have a chat with us about the game, claymation and Kickstarter.

Nintendo fans, especially, take note: Nintendo has been pushing really hard for this game to happen on the Wii U, fast-tracking the developer through the accreditation process. So surely if Nintendo is paying attention, so should you! 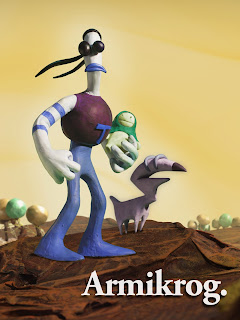 Digitally Downloaded: How has your experience been with the Kickstarter?
Ed Schofield (ES): Overall it’s been very positive – although it’s also been exhausting. Running the campaign has been all-consuming, but very rewarding as well. The reaction we’ve had from the Kickstarter community has been amazing and as a result, we’ve had a chance to meet so many great people – they’ve really embraced us and this project, and they’ve gone far above and beyond just financial support. The Kickstarter community aren’t just backers, they’re a philanthropists who have really taken ownership of the campaign by working incredibly hard to spread the word about Armikrog. Many have created fan art and animated Armikrog short films in as effort to let others know about the project. In a lot of ways they’ve helped to market the game in ways that we hadn’t considered. Some backers have gone as far making up flyers to post around their neighborhoods. How cool is that?

DD: What are the key learnings and takeaways you have from the campaign, and what would you suggest to another independent studio looking to run a Kickstarter?
ES: We did a lot of research on crowdsourcing before we launched—we spoke with others who had run campaigns (both successful and unsuccessful) in an effort to get a better understanding of the process. We met with Brian Fargo and he was very helpful in preparing us for what we might encounter during the campaign—but at the end of the day there’s really no substitute for hands on experience. My suggestion to other studios looking to do a KS campaign would be to not underestimate the amount of time the campaign will take up. It’s really a 30 day sprint that you have to be completely committed to. We originally thought we would continue on with the game’s production while the campaign was going, but it’s literally taken all of our time and effort to manage. 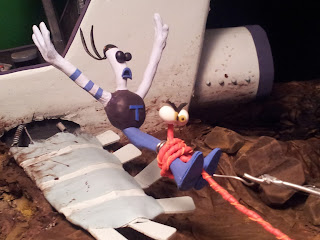 DD: What happens if the Kickstarter goal isn’t achieved? Have you got alternative options?
ES: In some ways the Armikrog campaign is sort of a litmus test to see if enough of our fans want another clay animated adventure game. If we don’t achieve our goal it will be because not enough people were interested in the project, and we’re OK with that. Right now, our only plan is to fund Armikrog through Kickstarter. We’ve had a few brief discussions about what we might do if we don’t fund, but we’ve got another day or so left on the campaign, and it’s taking all of our efforts to push things forward in the hopes of meeting our goal. At this point, to spending time on a “plan B” would take time and resources away from our “plan A,” and we’re not willing to risk that. It’s going to be close, but we’re still very optimistic that our backers will come through and we’ll make our goal.

DD: What inspired Armikrog?
ES: My business partner, Mike Dietz, and I were looking for a new project for our studio. We had been kicking around a few ideas when we started asking each other the question “What was the most fun you’ve ever had working on a game?” For both of us, it was The Neverhood: This was a clay and puppet point-and-click adventure game we made back in 1997. Since then, we haven’t worked on a game as intensely creative. We called up our friend Doug TenNapel (creator of Earthworm Jim and The Neverhood) and talked about getting the band back together for a new clay and puppet animated game. He immediately began creating the characters and story for Armikrog. In the first 48 hours, he sent us over 70 emails with character drawings and game mechanic ideas. We loved the ideas he was coming up with and immediately knew this was going to be an amazing project to develop. 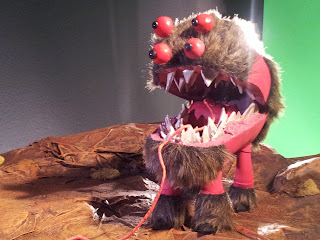 DD: We haven’t seen a claymotion game project for quite some time – what are the challenges in taking this style of animation and turning it into an interactive experience?
ES: The biggest challenge is in the preproduction. We’re physically building things like sets, and sculpting the characters. As we’re are dealing with these real-world objects, we’re also dealing with real world physics, so that can affect the overall design of things. For example, if the character has an enormous upper body and tiny legs, we have to figure out a way for it to support its own weight. Another challenge is that unlike computer animation, you can easily make changes to stop motion animation once it been created. So the way we allow for iteration is to first hand-draw the animations and elements as a pencil test. We make rough sketches and digitize them, and then we test them in the game to make sure the mechanics work correctly. It’s not until we’ve finalised the motion in drawings that we move onto the final phase of shooting the stop motion.

DD: Late into the campaign you introduced a stretch goal to bring Armikrog to the Nintendo Wii U. What potential do you see in that console for your game?
ES: We’re still in the early stages for exploring how we might use the unique capabilities of the Wii U, but we’re excited about the potential. Whenever you have a piece of technology that gives you new ways to implement unique game mechanics, you can help but be inspired. 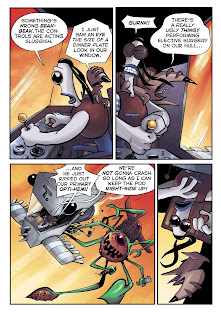 DD: What are your views in general regarding the Wii U and working with it as an independent developer? Is it difficult to make the case to support it?
ES: The Wii U opens up more gameplay and interface options for us as developers. As an independent, we had some initial internal discussions on console development, but we wanted to maintain our creative freedom in order to make Armikrog the game we know it should be. When Nintendo approached us, it was clear that they were excited about Armikrog and they wanted to see it on the Wii U. Their willingness to quickly push us though the developer licensing process only reiterated their enthusiasm.

DD: What future projects would you like to work on at Pencil Test Studios?
ES: As a result of the Armikrog campaign, we’ve already had some new opportunities present themselves, and we’ve got some ideas for other projects that take place within the Armikrog universe. We’ve had some discussions of developing for mobile devices and tablets as well. Ultimately we’re committed to making games that are packed with visual appeal and unique gameplay, so we’re very excited to see what lies just beyond the horizon.

DD: Finally, what games are you playing at the moment?
ES: It might sound like I’m making this up, but I’m actually playing The Neverhood right now! Over the last few months, my four year old daughter has seen the Armikrog project come together. She had been asking me a lot of questions about the game, so I decided to sit down with her and play The Neverhood. I hadn’t played it in many years, but it’s been really great to see the game though my daughter’s eyes: the way she laughs hysterically when Klaymen falls down the stairs, or how she immediately fell in love with Willie Trombone the moment he appeared on the video player. It’s been a great reminder to me of how the entertainment and artistry of games can. That’s good stuff!