The amping up to E3 continues in the industry with news about a new (mobile) Halo, some Super Luigi U details, a remake of Fable and a joint Disney/Harmonix venture called… Fantasia.

News leading into E3 can be of a hit or miss proposal. Some companies want to keep things secret till the big show, while others want no part of it all and blow the lid off what they’ve got up their sleeves well before the even even starts.

So far this week, it’s been an embarrassment of riches in the ‘big story’ department as we learned about a number of awesome things that are on the way- and good things too as they’ll help take the mind off of that Game of Thrones episode on Sunday. Good God man… 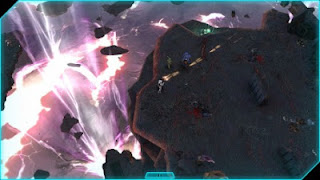 It was probably only a matter of time, but the Halo Universe is officially going mobile. And I mean that as in Windows Phone and Windows 8.

The game is called Halo: Spartan Assault and it takes place between H3 and H4- and hopefully fills in some of those blanks for fans who don’t read the novels. It’s a top down shooter that’s decidedly old school in feel, but with some very sharp looking visuals.

Check out the trailer and bunch more screens here.

New Super Luigi U is kind of a neat idea. Take a proven hit in New Super Mario Bros U and flavor it with some different gameplay and a whole lot of everyone’s second favorite Mario Bro.

A few things that I didn’t know about the game: there are actually 82 brand new levels, Luigi actually does play differently than Mario, and it will be available in a retail box.

Take a peek at the trailer for Luigi’s big adventure (in Japanese, sorry) here.

The original Fable back on the Xbox gets a bum rap from time to time as the final version of the game didn’t have a lot of what creator Peter Molyneux promised would be in there. What it is though is a darned fine action/RPG with plenty of stuff to do and things to see.

Now Microsoft has confirmed that an HD remake is in the works that truly represents a more ‘complete’ version of the game. New graphics are just the start too as Fable Anniversary will have new the Lost Chapters DLC, Achievements, a new save system and more.

We’ve got the teaser and more info about the game right here on BG.

Fantasia coming to Xbox One

Rock Band maker Harmonix and Disney have been working together on a Fantasia themed project dubbed Fantasia: Music Evolved and now they’ve finally made it official. The game allows players to mix and match music on the fly to a bunch of tunes that frankly you haven’t heard in the movie Fantasia in any way. At least… I don’t remember hearing Bruno Mars in there anywhere…

Anyway, it seems like Fantasia: Music Evolved is more Fantasia in name and theory than anything else as you’ll be grabbing and rearranging tunes to your heart’s content via Kinect 2.0 as the game is an Xbox One exclusive title. Id actually does look pretty neat, it just doesn’t really look like, you know- Fantasia.

See what you think about Harmonix’ latest venture here.

Want more? Check back right here on DDNet twice a week for the Brutal Gamer News Wrap, and don’t forget to check in daily for all the latest news and info from the worlds of gaming and pop culture onBrutalGamer.com