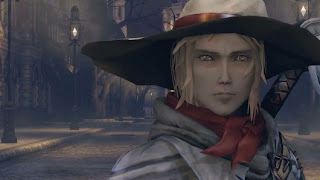 Out of all of the characters in classic literary fiction, it makes the most sense to create a Diablo-like action role-playing game based off of Abraham Van Helsing. Introduced in Bram Stoker’s Dracula, Van Helsing is a monster-hunting professional that has many titles to his name. He also was not given a strong background within Stoker’s work, leaving great potential for past and future monster-hunting situations to be crafted by other writers.
Surprisingly enough, The Incredible Adventures of Van Helsing, the Diablo-like ARPG developed by NeoCore, touches on neither Abraham’s past, present, nor future, instead focusing on the adventures of Van Helsing’s son. While this may be considered a cop-out by some, I would consider this a positive as it distances the mediocre story and script from the highly-regarded source material. Lingering on the point of the script, while it is nice to see fully-voiced dialogue, it is a shame to see megabytes wasted as the voice actors are definitely subpar. But then again people don’t come in expecting a great story when playing a Diablo clone; they came to kill monsters to get loot so that they can kill bigger monsters to get better loot. 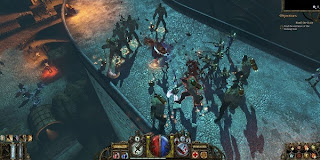 In this sense, The Incredible Adventures of Van Helsingis serviceable. By no means is it a Torchlight II or a Diablo, but the monsters drop loot and they drop it quite often. There are the standard equipment slots; headgear, gauntlets, body armor, boots, two rings, a pendent, and two weapons. There are a bundle of weapon-specific attributes and an ‘essence’ system that allows player-allocated modifications to weapons. The unusual Rage combat mechanic, where points gained from kills can be put into one-shot effects that modify specific skills/attacks, does bring an interesting spin that compliments standard Diablo-esque gameplay. However, there are two major issues with the overall game design; skill trees and difficulty.
It is very obvious to tell right from the get-go that the two skill trees are divided between melee and ranged character builds. While skill points can be spent on passive and active abilities, the main focus of skill points will be concentrated on those two trees, leaving very little in the way of genuine customisation. What continues this aggravation is that, much like other RPGs, levelling up skills and acquiring new ones is restricted by several conditions, leaving very little to breathe and create a personal avatar when starting new characters. It is also disappointing to see that in the end the two skill trees both favour magic users more than any other character build. I would even go so far as to say that playing a straight-up fighter is impossible, especially with the difficulty issues that the game has. 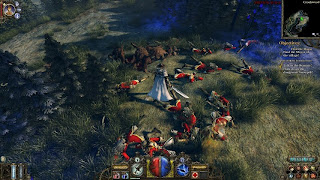 While remaining reasonable for the first few hours, the difficulty of The Incredible Adventures of Van Helsingramps up quickly. This partially has to do with the somewhat unreasonable groups of monsters that easily swarm the player. Most enemies come in their own gangs of sorts and attacking any one of them alerting the rest of the enemies to your location. Another issue is that there are no real enemies which could be considered, cannon fodder; many of them take a surprising amount of hits to kill and can do significant damage to the player. This, combined with the swarm behaviour, makes dying in the game very easy. Groups of champion monsters are the worst, as they can be frequent and take several dozen hits while dishing out lots of damage. And all of the experiences I am describing to you were all on playing the normal difficulty; I cannot begin to imagine what perseverance it takes to get through the higher difficulties.
But on the good side for The Incredible Adventures of Van Helsing, I can say that the game has a significant amount of content. Despite not having procedurally/ randomly generated levels, there are dozens of quests in each act and there is even an end-game tower defense mode that looks entertaining. The multiplayer is a nice touch as well, as the difficulty would be reduced by more players. 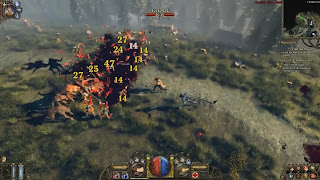 While being primarily a PC game and thus having adequate control options, there is one thing that bugged me a little. It was that seemingly random keys were tied to very specific game functions and could not be reset. Who uses the ‘4’ key as a critical, cannot-be-changed function in a game? Why can only ‘T’ be used for one action? Why in the world is ‘F’ restricted? To me, those restrictions make absolutely no sense.
In the end, The Incredible Adventures of Van Helsingis passable. If you already own and have played the bonkers out of Diabloand Torchlight, this will fill a gap until something better comes along. But for those wanting to get into the genre of Diablo clones or want something that has got a quality shine to it, look elsewhere.