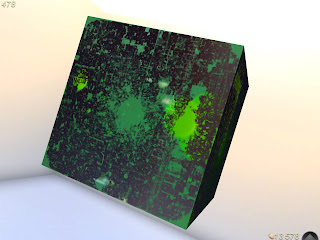 Peter Molyneux’s experiment, Curiosity, is over. An 18 year-old from the UK has won the game and a great prize that goes with it – the ability to play God in Molyneux’s next game, Godus, which is shaping up to be just as experimental as Curiosity thanks to this feature.

Is this teenager really going to have control over other player’s fates in the game, as Molyneux’s reward video suggests? Look closely, and Molyneux himself is shown as insignificantly small in the video (video below) – looking up at player as he is told that he’s going to have substantial power in Molyneux’s own game. Indeed the experiment continues.

With any experiment in the games industry there are lessons learned about the nature of the way we play, and these learnings are critically important in the further development of the industry; they form the theoretical basis on which later games can expand on and build out further. So what are some of the things that we can take away from the curious Curiosity?

Here’s a couple of my immediate thoughts – I’d be keen to hear what other people think of the meanings behind Curiosity and Molyneux’s approach to the game – sound out in the comments below!

You might personally say that’s a waste of money from these people, but regardless of what you think of it, the basic reality is that people are curious. And now we know that that curiosity can be the only feature that a game offers and it will still be successful.

2) A game, when broken down to its absolute most minimum of interactivity, can still be compelling. Curiosity was so simple that it challenged the idea of what classifies a game as a game, and yet it drew people in compulsively. It’s a strong argument to validate the idea that the repetition of activities is what creates compelling experiences.

But more importantly this raises questions of why people play games. I’m not talking about the rational reasoning that we come up with to describe why we like playing games, but rather what compels us to these games at the most basic levels of our consciousness – Curiosity seems to prove that we like games because we simply like clicking on things over and over again.

3) Molyneux is an innovator. The idea to offer the reward in one game having ultimate control over the digital lives of an entire population is an inspired one. The theme of digital lives is one that Molyneux keeps returning to with lesser and greater successes, but this is in many ways the realisation of his vision – Godus has a legitimate God.

Kickstarter profile: Son of Nor by Still-Alive Studios