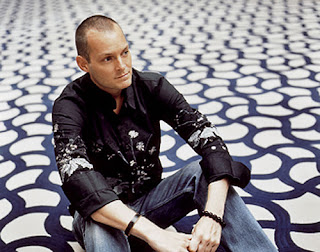 American McGee has been involved in the games industry since Doom II at ID Software. That’s over two decades, making him one of the veterans of the industry.

Following his time at that pioneering company McGee had a breakout hit in American McGee’s Alice, a dark and twisted fantasy fairytale; a style that would stick with him through a sequel many hardware generations later. Now the head of mobile developer, Spicy Horse, and operating out of Shanghai, McGee continues to push boundaries with his games.

He is a firm believer that mobile and free-to-play games can offer the depth of narrative, the visual production qualities and the rich gameplay of paid-for titles. It’s just a matter of pioneering developers working out how to make the commercial needs of these game styles gel with the kinds of experience that serious gamers are looking for.

And of course McGee isn’t leaving behind his roots. He remains a fan of consoles, believes the Wii U is a great console, albeit a risky one, and remains convinced that there is room for both kinds of gaming experience. And there is a very good chance that Alice 3 might happen (pending an arrangement with the IP owners, EA), and after Alice Madness Returns this is something we are looking forward to greatly.

Find the full interview below:

Digitally Downloaded (DD): What are your priorities for the next year?
American McGee (AM): Our studio continues to support previously released online titles like Akaneiro: Demon Hunters and Crazy Fairies while developing new titles like the tentatively titled Hell Invaders and making plans for developments we hope to start later in the year. We’re very much focused on proving a platform-agnostic approach to game development – delivering content across PC, Mac, Linux, iOS and Android – with technology that allows for cross-platform and cross-device real-time multi player action. We feel games that allow people to play where they want, when they want on whatever they want will open new possibilities for design and entertainment.

DD: Many of your games share some common themes as dark fairy tales. What is it about these these themes that inspires you?
AM: These stories tend to transcend culture and time, echoing themes that have been with mankind since the stories were maintained in oral tradition. They explore concepts and teach lessons that important to our survival and our evolution as a species. They also serve to provide context to our existence in an ever-changing and increasingly complex world. Games offer not only an interesting new medium for their delivery, but also an opportunity to evolve the stories around the very changes being driven by the technology itself.

DD: You were one of the first high profile developers to step away from traditional console/ PC game development to focus entirely on mobile and free-to-play games. How is this strategy working for you and do you still believe it is the future of game development?
AM: It’s been an incredible learning process for us – one in which we’ve made a lot of mistakes. We’re fortunate in having a supportive audience with whom we’ve built a positive and valuable dialog. That’s helped us to shape our development process and designs around those things the audience wants or expects… a process that was really lacking when it came to delivering a ‘final’ game on a disc and putting it in a box to be sold at retail.

As for this being the ‘future’ of game development – I think online and mobile have a major role to play, but there will always be room for competing models. It’s hard to predict the evolution of console games over the coming years or to forecast what sorts of changes in hardware and distribution to expect. I do think we’re seeing a trend in gaming towards ever closer mirroring of our lives in the real world.

DD: You’ve voiced concern about how consoles will be able to maintain relevance in the next generation. Do you believe that the challenges the Wii U faces is an indication of what we can expect from the PlayStation 4 and Durango?
AM: Again, it is very difficult to say… and dangerous to draw comparisons between a design as risky as the Wii U and the relatively conservative approach being taken by Sony and Microsoft. The simple fact is that phones/ tablets are growing in power by leaps and bounds – and we’re seeing new hardware released into the market at a blistering pace. The question is, how will consoles maintain their position relative to this constant flood of new and ever more powerful mobile hardware? What happens when you add new visualization and input technology to mobile devices, turning them into portable virtual reality machines?

Anyway, it’s ridiculous for me to spend much time on this question because it never does anything more than make the console fans angry. Wish they’d understand that I too will buy the next Playstation, but that doesn’t mean I believe the market will remain static. Evolution is taking place and has been forever.

DD: Gauging the online response, there’s a great deal of demand for Alice 3. How would you approach the development of a next-gen Alice and which platforms interest you the most for it?
AM: There’s a massive amount of interest! It’s really wonderful. I can’t provide a huge amount of detail on this question at this point, simply because we’re still in very early stages – we’ve not even secured the IP rights from EA yet. That being said, we are looking to leverage the technology we’ve built atop Unity3D in order to deliver a true cross-platform, cross-device game with multiplayer functionality. At the same time, we want to ensure there’s a solid single-player campaign for those not interested in playing against others. I’m also looking to add interesting new twists to the narrative – ones that would allow Alice to reshape London into “Londerland,” which means adding things like building and management components to the design. One thing I can say… our “dungeons” in which we’ll find Alice fighting enemies will be contained within the minds of people she meets in London. That means we could be fighting the mental demons of Jack the Ripper or Lenin. This is why we’re calling the title “Otherlands.”

DD: Spicy Horse has run a successful Kickstarter. How was your experience with that process and what key points of advice would you have for anyone else looking to run one?
AM: It was a great experience and afforded us wonderful opportunity to work really closely with our fans and community. We also made a lot of mistakes… from which we’ve learned how NOT to run a campaign. We’ll be using that knowledge to build a really tight campaign for whatever our next project happens to be (hopefully Alice). The biggest piece of advice would be – check out other successful campaigns, talk with people who ran those and understand how to build the structure for what you’re trying to do. Expect to spend some months getting everything ready – structuring your rewards and tiers, planning for updates during the campaign, etc. The biggest thing though… create drama in the campaign. People need to feel like there’s something to be lost if the campaign fails – and something to be won if it succeeds.

DD: Free-to-Play and mobile game development is largely a commercial interest – providing chunks of entertainment for a certain low entrance price. How do you see the overwhelming popularity of this monetisation model affecting developers that aim to make deeper or more “artistic” types of games?
AM: I see them as being compatible, it’s just that a lot of the examples we’ve seen in the West are still getting basic foundation ideas under them… so they aren’t able to blend the model with deeper story, art and presentation. If you look at our games like BigHead BASH! and Akaneiro, you can see a progression in our ability to add deeper and more interesting content into these kinds of games as we become more comfortable with the model. One thing to keep in mind is that the world we live in is free to play. Starbucks, the shoe shop, everything around you – you walk in, decide if you want something, walk out… maybe you bought something, maybe you didn’t. Experience in general in our world is like this… so the trick is to find ways to blend it together with narrative and art so that it doesn’t feel intrusive or unnatural. That’s coming… and we’re hoping to prove some of those ideas with our next games.

DD: You’ve been involved in the games industry both as a developer and business leader for two decades now. What keeps you interested in the industry and game development?
AM: I love the technology, psychology and art of it. To me games represent a possible future for mankind in general – one in which we begin to release our grasp on the physical world (and the damage that comes with it) and begin living a cleaner, deeper and more interesting life online. I for one think access to “The Matrix” would be awesome!

DD: Finally, what games are you playing at the moment?
AM: I’m not really… too busy working. In my spare time these days I’m focusing on learning Mandarin and cello – also doing a lot of mechanical hacking at home with stuff like Raspberry Pi and robotics. When I find time to play games it’s usually just Minecraft.