The storm of gloom has been really rolling in on the Nintendo front as of late. Anyone who even marginally pays attention to the daily games news has undoubtedly read that Nintendo won’t be holding a major press conference at this year’s E3, and many are interpreting that as a sign of weakness. Additionally, there are the persisitant rumours of more third party titles not releasing on the Wii U and that Wii U development kits are supposedly “collecting dust.”

There is rarely smoke without fire and so the great question is what has happened with the Wii U after its predecessor was oh-so-successful?

There’s no doubt that when Nintendo launched the Wii in 2006, figuratively speaking, it caught lightning in a bottle. The console exploded into the marketplace like few consoles have before (or after) it. If you look at the raw data, there’s always a short-lived high period, followed by a lull in sales once the wait for new titles begins. For the Wii, month after month after its release long lines were found in front of retailers, as patient consumers attempted to finally get their hands on this exciting new console. In fact, several holidays thereafter found the Wii’s shelving space in major retailers completely barren of hardware and some software, as the online prices skyrocketed upward. The chances of us ever seeing a dedicated gaming console being in this high of demand will likely never be seen again. But, why was the demand so high? 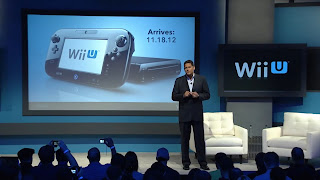 The Wii was a fantastic gaming console for many reasons. From the start of its life cycle, right through to its very end, titles like Pandora’s Tower, Monster Hunter Tri, Super Mario Galaxy 2 and The Legend of Zelda: Twilight Princess offered core gamers excellent gaming experiences, but this wasn’t what found these long lines in front of retailers; rather the demand was for Wii Fit, Just Dance and Wii Sports gmes. While Wii Sports was a pack-in title – selling over 80 million units – Wii Fit and Wii Fit Plus both shifted over 20 million units worldwide as individual sales. This is important when you compare it to the sales of Super Mario Galaxy (10 million units), The Legend of Zelda: Twilight Princess (5.8 million units) and Metroid Prime 3: Corruption (1.3 million units) – the core games, even from Nintendo itself, couldn’t touch the titles aimed directly at the casual market. The top-selling standalone title was Mario Kart Wii (34 million units) and a reasonably “core” gaming experience, but it’s also entirely possible that a big factor in its extreme demand was due to its phenomenal advertising and the packed in wheel attachment for the Wiimote, which was again, directly aimed at the casual market.

While we can’t agree with those that think that the Wii was a failure for the core gaming experiences overall, it is somewhat understandable while many were disappointed – the additional focus on casual gaming meant the core gaming catalogue wasn’t nearly as extensive in comparison to its rival consoles. Nintendo, quite intentionally, shifted its target audience with the Wii. With Xbox Live and PlayStation Network coming online and console gamers starting to move into the reality of being constantly ‘connected,’ the Wii and its causal titles were quickly set aside by many, with the exception of a handful of major releases here and there – the software sales clearly reflect this. The trouble with the casual market is that these consumers are typically into what is hot on the market at present, not typically loyal to a particular brand. The iPhone and iPad happened, and those same casual gamers largely left from under Nintendo’s wing. 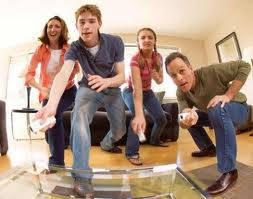 This brings us to the Wii U. Rewind back to Nintendo’s 2011 E3 conference where the Wii U was first shown off to be the “Wii You”; a powerful HD console that was a mix between the Wii and the DS, which offered a core gaming experience that was intentionally designed to bring back the “core gamers” that possibly felt neglected by the Wii before it. It was a risky move to make, but the third party support that had wavered on the Wii (from the lack of software sales) looked to be back in proper form for the new console and the excitement began to build within core gamers. Fast forward to the 2012 E3 conference and the Wii U was repositioned as another casual gaming console – one player gets the Gamepad and the other players use Wiimotes to play wholesome family fun titles. I think this was the moment when Nintendo greatly confused its markets – and it’s the moment when the Wii U’s identity crippled. By design the Wii U is a single player machine. Yet Nintendo was out there trying to use Nintendo Land to sell it as an extension of the same family fun that made Wii Sports essential.

It’s not that difficult to see why the casual audience might not be attracted to the Wii U. Its bulky and rounded form doesn’t have the visual appeal of a high-end piece of technology, especially when compared to the sleek, almost alien-like appearance of Google’s Nexus 7 or Apple’s iPad. The similar appearance of the base console is so similar to the Wii that many consumers seem to think that it is simply an add-on device for the Wii itself; this sentiment is further amplified when Wii peripherals are advertised with the Wii U. The backwards compatibility aspect of the Wii U is fantastic, but when it is so heavily advertised with these peripherals, the new experiences that are brought to the table with the Wii U are lost in translation. If you follow the money trail of the casual gamers through the mobile gaming sectors, you will see that these gamers jump to the most popular titles that are near instantly accessible, offer large social gaming experiences and are cheap to own. The Wii was just this back in 2008, but in today’s market the Wii U has released into one where the casual gamers are playing games that are free to play, on expensive multifunctioning devices that are sleekly designed. The Wiimote was exciting, just as the incredible features and portability that high-end mobile devices offer are, but the Wii U doesn’t possess any of these instantly recognisable attributes. 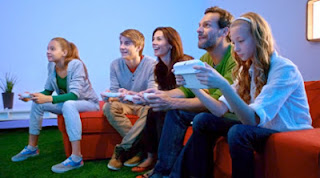 All of this would be irrelevant if the console had its killer app… of the sort that would shift millions, rather than tens of thousands of consoles by itself. The question here is – what is this killer app? Game and Wario and Pikmin 3 will no doubt be fantastic titles, but it’s highly unlikely either of them will shift consoles in mass. In fact, the line-up for the remainder of the year finds few ‘must have’ titles and several of these are available on other consoles. The Legend of Zelda: The Wind Waker HD will be fantastic in its HD glory and the original game is indeed one of the highest selling titles in the series (4.6 million units worldwide), but remakes can’t be relied on to equal or exceed the sales of the original. If you look at the recent The Legend of Zelda: Ocarina of Time 3D release for the 3DS, its rerelease only shifted 2.6 million units compared to the 7.6 million units it shifted in its original Nintendo 64 release, which is the top selling title in the franchise’s history. It is highly unlikely that Wind Waker HD will ever reach the sales that Wii Fit did for the Wii.

Of course there is a Wii Fit title coming – Wii Fit U. Could this be the Wii U’s killer app? Perhaps.

The storm of gloom surrounding the Wii U as of late has systematically stemmed from major business decisions within Nintendo. A handful of comments from company executives and a recent message sent through the Wii – hoping to make Wii owners become more aware of the Wii U – shines some light into just this change that is happening within it. While a glamorous E3 presentation would have helped garner interest for the Wii U with core gamers, the fireworks from the two upcoming consoles from Sony and Microsoft will no doubt overshadow most anything that Nintendo could show. It would seem that Nintendo’s best opportunity to get those consoles out of the warehouse and into the lounge rooms would be to again captivate the casual market, and find some way to use the Gamepad in an innovative way that the current casual platform of choice, the iPad, cannot.

That would be tough. It’s a marketing strategy that goes well beyond changing the tone of a couple of ads. But, whether it was intentional or not, Nintendo shifted its audience with the Wii and it then turned right around and left them behind with the Wii U in a bid to cater to a smaller group of core gamers by releasing an expensive high-end gaming console.

Utilising Nintendo Direct, Nintendo has found a fantastic avenue to spread its message to its core gamers effectively – showing that it does know how to at least reach out to its target audience even if the message doesn’t necessarily resonate. Nintendo is also pushing to capture the indie community, a good thing, seeing how the Wii U offers so many unique opportunities for the creative ideas of small development teams to flourish on its system. This push could see an influx in games on the console moving forward. These are great things for the core gamer, but do very little for the eyes of the causal gamer, whose eyes are likely glued to Candy Crush Saga right now. So we’ve seen how Nintendo will spread its message moving forward to the core gamers, but what we’ve yet to see is how it plans to get all those casual Wii owners on the same page.