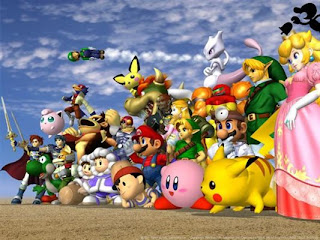 This week we’re going to have a look at dream crossovers. The games industry is more and more making use of one of its greatest assets – its characters – to help sell games. Fans love to see characters from one series go head to head with another favourite series, and indeed this is what the entire premise of Smash Brothers, Dissidia Final Fantasy and PlayStation All Stars Battle Royale are built on.

There are many more possible collaborations to be had however, and below you’ll find ten dream match-ups that may never happen, but we like to dream of them nonetheless. 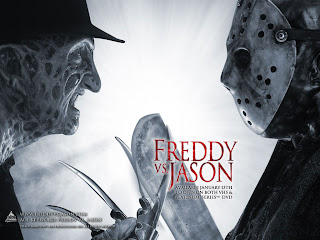 80’s Horror All-Stars – Freddy Vs. Jason Vs. Michael Myers Vs. Pinhead Vs. The Leprechaun, anyone? Let’s face it, the 80’s horror films were great fun because of the villains. The film Freddy Vs Jason was entirely about that. And Freddy was an inspired addition to the last Mortal Kombat game. A fighting game dedicated to all the 80’s horror icons? That would be beyond awesome.

Lara Croft meets Nathan Drake – given that Lara’s recent adventure borrowed so heavily from Uncharted, here’s an idea for an all-star co-op adventure; partner Lara up with Nathan. It would be a clever way to extend the core gameplay of both franchises for a new game, while also doubling-down on its potential profitability by appealing to fans of both series.

Dead or Alive, Atelier style – Now that Tecmo Koei owns GUST, I thought I would throw this idea out there when I interviewed the folks from GUST. They laughed the idea of a Dead or Alive RPG off, but I would love to see Team Ninja collaborate with GUST to mix some alchemy RPG adventuring into the Dead or Alive fighting system. Kasumi Vs. Meruru? That could be all kinds of fun.

Soul Calibur vs Dead or Alive – Continuing with the Dead or Alive crossovers, it would be really cool if Tecmo Koei were to partner with Namco Bandai to do a cross over fighting game. These two games are compatible in far more ways that many would initially consider – sure one has weapons and the other has approximations of real fighting styles, but aside from that both games focus on fast, fluid combat heavy on counters and beautiful, overly sexy women. 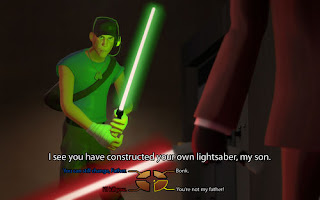 Star Wars: Mass Effect Edition – Now that EA has the rights to Star Wars, my immediate thought was “how great would it be if Bioware were to make the exact same kind of game as Mass Effect, but with the Star Wars license? With the storyline of Mass Effect itself over and fans wanting more from this brilliant hybrid of shooter and RPG, Star Wars would be the perfect excuse to give a new “Shepard” a lightsabre.

Soul Sacrifice Vs. Monster Hunter – Here’s an interesting idea – mix the deep RPG-style combat capabilities of the newly-released Soul Sacrifice “heroes” and the far more interesting monster designs of Monster Hunter. Darken the scenery a little and BAM – you’d have a game that takes the best of both designs to create an essential experience for everyone.

PlayStation All-Stars Vs. Smash Bros – This is such an obvious one and such an unlikely game that it just had to be our top dream collaboration, but fans of Sonic originally never thought the blue hedgehog would pop up in a Nintendo game. For obvious reasons it would be brilliant fun to resolve the war between Nintendo and Sony fanboys on the field of battle. 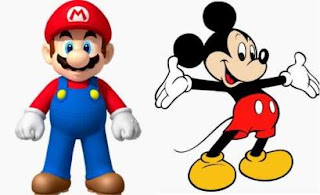 Bond Vs Snake – Here’s a dream crossover of film super-spy, James Bond, and his video game rival, Snake. Both excel at sneaking around, both franchises are known as much for their sense of humour as their spy exploits. I think I would prefer this be a “Vs” style game with each spy trying to out-manouever the other, but co-op could work as well, I guess.

Pokemon Vs. Dragon Quest – Dragon Quest Monsters is the only real rival that Pokemon has. Both series feature a great line-up of charismatic monsters to capture, train and breed. And, given that Square Enix and Nintendo have collaborated in the past, it would be great to see the relationship continue with a crossover that pits Pikachu with Slime.

Epic Mario, featuring Mickey – It’s unfortunate that Junction Point shut down because as disappointing as the Epic Mickey games were, it was still Mickey, one of the most recognisable and loved characters in cartoon history. So, why not bring the franchise back, but with Mario at the helm? If Nintendo were to come to come kind of arrangement with Disney to create a platformer starring the two great M’s… I think most gamers would think they’ve gone to a special kind of heaven.

So are there any mighty character cross overs that you would like to see? Let us know in the comments below!