The 3DS dominates the Japanese market

To say that the Nintendo 3DS had a good week in Japan this past week is probably a massive understatement. The handheld console sold more than all other consoles combined in the week of May 5th with a beastly 55k units moved through retail doors.

If that’s not enough, a good chunk of the top games sold in the land of the rising sun were for the little console and the top three games on the charts were all of the 3DS variety. So why the mighty uptick in sales?  Honestly, we’re not so sure, but having multiple pieces of A+ software on the market at once probably doesn’t hurt. 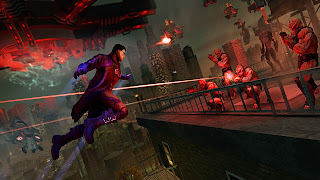 The Saints are going out on a high note

If Saint’s Row IV really is the last game in the formerly THQ-owned franchise, then it looks like it’ll be taking the thugs from Third Street out with a bang.

Not only does the game feature aliens, a riff on the Matrix and superpowers galore, but it also is absolutely loaded to the gills with movie references and the series’ trademark sense of humor. SR has often been called Grand Theft Auto’s more wacky cousin and there’s a good reason for that.

Even with a satirical edge, GTA still takes itself fairly seriously in the end. Saint’s Row on the other hand has reveled in goofiness and wacky hijinks since its early days (I remember spraying houses with waste from a sewage truck well…). With the series now (allegedly) winding down and moving over to Deep Silver, it certainly seems as though fans will be far from disappointed by what just might be the series capper (I’ll believe it when I see it).

Check out the Saints in action here

Only a heretic would attempt a Hellraid

Reminding me a lot of the classic sword & sorcery FPS (first-person slasher) from iD Software is Techland’s (of Dead Island fame) Hellraid. Yes, the name is a bit odd, but Hellraid is looking like a whole lot of awesome for FPS fans looking for a little hellfire and brimstone.

Aside from battling the undead and demonic forces in a high fantasy setting, Hellraid also features four player co-op with a competitive twist. The game sounds like it’s got some serious potential and looks very pretty (in an undead, rotting way) indeed. 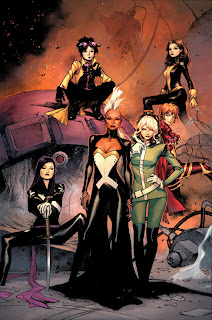 When I think of a comic with X-Men #1 scrawled across the top of it, it’s usually because of the iconic book of the same name by Jim Lee back in the ’90s. X-Men #1 featured a four cover set of images that joined together to depict the series’ best and boldest in action.

While you won’t find that in the most current incarnation of X-Men (it’s not the gimmick-laden ’90s after all) you will find a stellar cast of characters and a very interesting premise for an X-Men roster- that being that it’s all female.

Storm leads a team made up of such classic characters as Psylocke, Kitty Pryde, and the returning Jubilee (yay!). Add in some art by Oliver Coipel and words by the seemingly everywhere at once Brian Wood and you’ve got a book that needs to be on your pull list.

We’ve got a preview of X-Men #1 right here

Want more? Check back right here on DDNet twice every week to catch the News Wrap and don’t forget to check in daily for all the latest news and info from the worlds of gaming and pop culture on BrutalGamer.com