The E3 ramp up rages on with Batman: Arkham Origins, Shadow Warrior and Gran Turismo 6 reveals. More in the mood for some new hardware? How about some blurry, fast-cut shots of the PS4?

Warner Brothers’ Batman: Arkham series has been something of a revelation for comic book fans as developer Rocksteady has made the once horrible stigma of the ‘comic book’ licensed game a thing of the past. And while it’s true that Warner Bros Montreal is handling development of Batman: Arkham Origins instead of Rocksteady (who are mysteriously working on something else…), it’s also true that it’s looking pretty darned good from the promo shots that have been shown off. 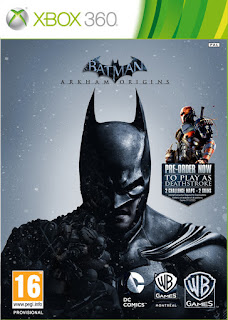 This week, Warner Bros went one step further by releasing a full look at Batman taking on the assassin known as Deathstroke on a snowy night in Gotham. This is non-gameplay stuff, just to be clear, but speaking purely as a Batman fan- it’s awesome stuff too.

Note to Warner Bros: If you’re going to reboot the Batman film franchise, make it like this.

Check it out here 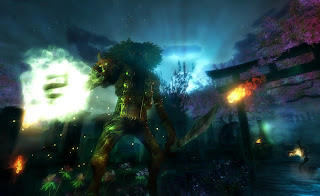 The Eastern themed FPS was something of a hit on the PC in the ’90s and made a name for itself with over the top violence and weapons, as well as a crude sense of humor (and no small amount of controversy). Now Flying Wild Hog and Devolver Digital are bringing the off the wall shooter to next generation consoles and the PC with a reimagined version of the game.

It should be a good time from the early look and main character Lo is sporting some seriously good graphics. A little extra tidbit here in this story is that Shadow Warrior hasn’t been announced for any current generation systems. An old school shooter helping to kick off the next gen? There’s something I really like about that.

Is there anyone that didn’t think we’d see another Gran Turismo title? Sony’s premier racing franchise is indeed making a return to the PlayStation brand. Oddly enough though, as of now it’s only been confirmed for the PS3 and not the forthcoming PS4.

Might that change? Certainly, but developer Polyphony Digital will only admit to ‘investigating’ moving the game to the next Sony console at present. It would seem kind of strange to release a brand new GT on the PS3 and not port it to the PS4, but it might actually be the case… for now at least.

And speaking of the PlayStation 4, Sony fans have been clamoring to get an actual look at the PS4 console since it was announced at the special presentation a short while ago.

What we do get are some ultra blurred shots of a little black square (okay, I guess we can rule out the ball of light theory) and some quick cuts of different parts of that square. So the PS4 is officially more than a control pad at least… that’s something to tide you over, right?

Take a look at the PS4, or a reasonable facsimile, right here

The best of the restWhile that was some of the biggest news of the last few days, there was way more going on in the world of gaming and comics this past week. Here’s a few of the other big stories that appeared on BG:

Review: Mario Vs. Donkey Kong: Minis on the Move (3DS)