That’s right, the full game by FDG Entertainment is free at the moment, but only for one day. 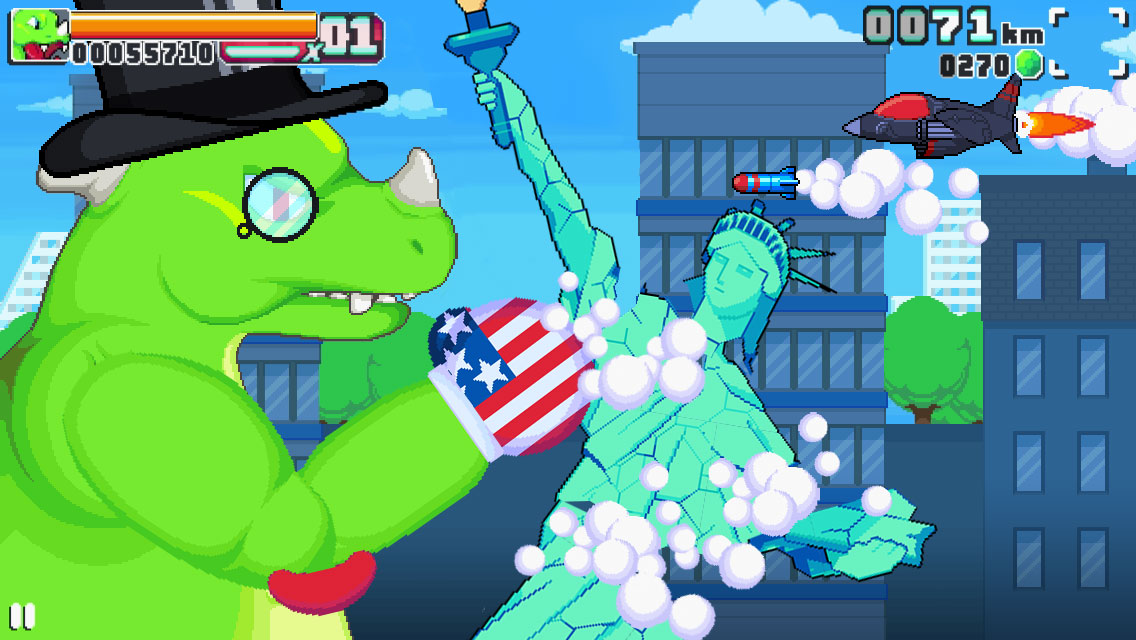 Roar Rampage is a super fun destruction arcade game. Take control of a giant dino and let
cities crumble to dust! The game is the result of cooperation between FDG Entertainment and
indie developer studio Neutronized. Check out the video link below.

Roar Rampage invites you to a crazy ride of epic proportions and lets you destroy everything
that lies in your path. While the massive punching glove is an excellent weapon, you can also
rip out streetlights and pick up trains to misuse them as baseball bats and nunchuck.

Watch out for heavy resistance!
The military has some serious experimental weapons, boss units, heavy ground troops and
aggressive airforce units coming after you. BLOW THEM TO PIECES!

The game has around a four and a half star rating on the iTunes store, so at the price of free? Why not check it out?

Here’s a quick trailer for you as well: