Please note this review was done on the game’s Alpha release. As such the final version might differ in some ways.

Chances are you have never played a Jason Rohrer game, which is not surprising by any means. But the few who have might go on to say that Jason Rohrer games are not really “games” by your standard definition, and in many cases, I’d be inclined to agree. Titles like Passage and Cultivation focus on conveying a message to the player, rather than providing deep gameplay mechanics. As you can guess, it’s rather difficult to convince others to play these types of games, because let’s face it, a majority of gamers (and people, in general) rarely like to step outside their comfort zone.

And that’s why I am so torn on The Castle Doctrine. On one hand, it’s Rohrer’s most functional and deepest game to date, and something that is a bit less abstract, making it better suited for the typical gamer. But as easy as it is to jump into, it’s held back by a few odd design choices and a learning curve that will prove too steep for most.

Rohrer’s take on the American legal doctrine is an interesting one at that, as he’s crafted a massively multiplayer online game that is grounded in the ways of… home defence. Each new game starts the same way; players are given an empty house, $2000, a vault, and their own family (wife, daughter, and son). Using what little money you have, you construct you own defences from a variety of traps, switches, and other doodads. It’s here where the difficulty curve makes an appearance. Unlike other MMOs, you are not limited by what items you can build, only by the amount of money you have, and more importantly, whether you can figure out what to build. There’s a handful of objects at your disposal, from walls with varying structural strengths (wooden, steel, and concrete), various trap doors and floors (my personal favourite being the powered electrical floor), and an entire suite of wires and switches that is reminiscent of Minecraft’s redstone.

After you have built your own deadly contraption, your next step is the ‘self-test’, which tasks you with breaking into your own house without the aid of any tools (more on that later). It’s simple enough, especially since you built the puzzle you’re trying to solve, but it’s mainly there to prove that your house is not burglar-proof. 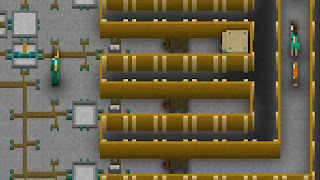 But once you have got your house all set up, the real fun begins. You’re taken to a list of all the other houses controlled by players, with a tally of how many times people have died while invading. Houses are sorted by the amount of money they hold, meaning that the top players will be under constant attack from fellow burglars (in a nice touch, names are randomised and each player is unaware of their own name, to prevent any sort of grinding or boosting). Before you settle on a house to invade, you have the option to spend your cash on various tools to help make your ‘trip’ easier. It’s both rewarding and somewhat devious when you’re able to ruin hours of house planning by cutting through a wall with a handsaw, or deterring a guard dog with drugged meat. For the most part, the items are balanced well, and since each one is one-use only, players will have to choose wisely, as your backpack can only hold up to eight items.

As you might have guessed by now, simply reaching the vault in a house will count as a ‘win’, but there are other factors at play. While half of a homeowner’s money will remain stashed in the vault, the other half will be held by the ‘wife’, who will attempt to escape the house with her children when you break in. Granted, you can ignore the family altogether, but the truly greedy can use deadly force to outright kill the house’s inhabitants. And it’s here where I think Jason’s thinly-veiled message about the importance of material wealth over family comes into play. After I invaded my fifth or sixth house, I noticed that a majority of players didn’t provide any protection for their family, instead pouring most of their resources into protecting their vault. I can’t say I’m surprised at the message Jason is trying to convey with the game (even his Wikipedia page references that he practices simple living), but I think the message won’t dawn on most gamers, mainly since their mind will be elsewhere – i.e. the looting thing. 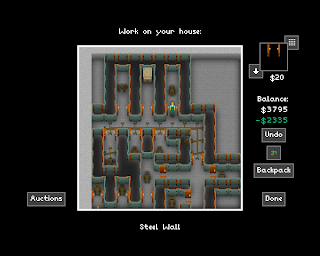 In an almost contradictory nature, the game almost requires you to quit and take breaks in order to make progress. It’s a fine balance – you (and your wife) raise money by working when you’re not playing (I have to admit, I felt a bit downtrodden when I realised that my character makes more money than I do in the real life), but your house is still susceptible to burglary when you’re not playing. It’s quite a shock when you jump back online and find that your wife and children have been murdered (no, they don’t respawn), and it’s even worse when you watch it all fold out through the game’s security tape system.

But even with its addicting system of robbing and protecting houses, it’s painfully difficult to love (or recommend) The Castle Doctrine, mostly due to its high barrier of entry and complete lack of handholding. Don’t get me wrong, I appreciate games that don’t take you by the hand and shovel tutorials and text dumps down your throat, but The Castle Doctrine simply drops you in your house and leaves you be. After searching through various internet forums, subreddits, and watching a YouTube video or two, I finally got a basic grasp on the game’s various mechanics, but even now I still feel in the dark sometimes. 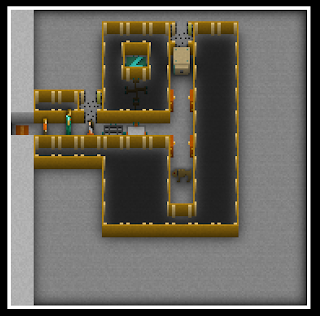 This is not helped by the game’s adherence to permadeath. While it works well enough for games like The Binding of Isaac or Spelunky, whose focus on quick restarts and short game length work in tandem with constantly dying, it’s a bit baffling to have it in an MMO, where months of hard work can be undone with a simple button press. Not only can you die when invading other houses, you can also undo all your progress during the ‘self-test’ of your own home. After managing to steal a couple thousand dollars and some vanity paintings on a routine expedition, I lost it all in a run through of my own house, simply because I pressed the “right arrow” key one too many times, leaving me cornered by my own vicious pitbull. You have been warned, this game is for dedicated players only.

After two solid weeks of robbing houses, setting up traps, and getting mauled by pitbulls, I walked away from The Castle Doctrine with mixed feelings. It’s easily Rohrer’s best game to date, and fans of his work will enjoy the game for what it is, flaws and all. But for the casual, or even hardcore gamer, its brutal difficulty and dedication required will most likely prove to be too much to handle.

Now if you’ll excuse me, I have more houses to rob, more money to be stolen, and more rage quits to be had.

Interview: The indies from New Zealand showing the world how microtransactions are done