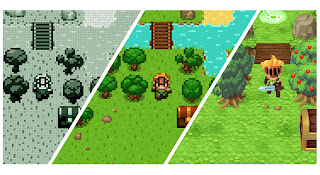 Although the video game is a relatively a young medium, it already has evolved in numerous ways. The technology behind video games has gone from not even managing 256 available colours, pixels, and sounds to providing over four billion available colours, over eight hundred thousand pixels for display, and an orchestral array of available notes. The games themselves have transitioned from Pong to 2D shooters to platformers to role-playing games to first-person shooters to massively multiplayer online RPGs. The audience has grown from several thousand to several million individuals.
Evoland plays on this journey, but only covers a small part of this evolution and is mainly focused on the sub-genre of the action-adventure game. As the play-on-words name suggests, the main appeal to Evoland is that the game will evolve from a monochrome and pixelated 2D game to a completely 3D game with dynamic lighting and HD textures. This aspect, combined with heavy influences from and allusions to both the early Legend of Zelda and the Final Fantasy titles, are at the core of the recipe to Evoland. 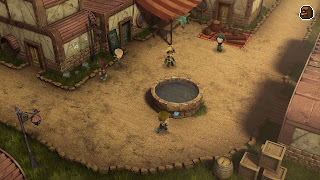 But the question of whether or not the recipe produces a desirable product is one not easily answered. While on the surface the video game has the elements of a charming and delightful package, that is also the problem; the surface does not say anything about the core of the game. While individuals who play Evoland will have to decide for themselves whether there’s a core beneath that presentation, I can personally say this about the game; it is a one-trick pony.
Once a player has journeyed through Evoland, there is very little reason to return to the game. The genuine novelty of the first playthrough is gone and the extras are just small collectibles that do not affect the game in any tangible way. The only reward for completing the only optional dungeon in the game is a playing card, used in a simple card game that itself does not yield any tantalising rewards itself. Once the non-completionist has finished Evoland, they can let it sit on their (digital) shelf. It’s over. 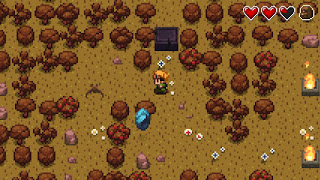 But let this be clear; Evoland is far from a bad, or even bland, game. The first play-through novelty is the reason why I can still recommend this game, especially to those who grew up with those early iterations of the Legend of Zeldaand Final Fantasyseries. The wonder, humour, and in-joke references are a genuinely enjoyable experience when players don’t know they’re coming. This is mainly why I have been skirting around actually discussing Evoland in detail; if I discuss too much about the game, then I will spoil it for many potential players.
Unfortunately, the novelty aspect of Evoland is also the reason why some players may see it as an unworthy product, and rightfully so. Novelty eventually fades. Evoland is light on substance and truly original ideas, something that I would partially blame on the concept and partially blame on the fact that the developer, Shiro Games, did not want their Kickstarter backers to wait very long for the game that they backed and pre-ordered (yep. These Kickstarter projects are starting to expose the flaws in the system – ed)
Nevertheless, if the player is willing to allow the game the space to be novel without strong substance, then I can recommend Evoland. So, let’s leave it at that, shall we? If you grew up on The Legend of Zeldaand Final Fantasyand do not mind novelty, do your best to check out Evoland.

RPG Maker 3 – a surprise coming to PSN this week