It seems like only yesterday that we were plugging an Ethernet attachment onto the backside of our PS2 consoles to head into the unique tactical online shooter warfare that is, SOCOM: U.S. Navy SEALs.

The original trilogy is by far considered to be the pinnacle titles for the franchise, with the top game usually being a tossup between the second and third titles. Sadly, the series has fallen to the wayside with numerous under-achieving offshoot iterations on the PSP and two average attempts to bring the series into the HD era on the PS3 with SOCOM: U.S. Navy SEALs Confrontation and the final numbered entry into the series, SOCOM 4: U.S. Navy SEALs. Given that it’s been so long since this series has had the opportunity to shine, what better way to give the Vita a boost than remake the original trilogy in HD?

With Sony closing the doors on the development team behind the SOCOM franchise in March of last year, Zipper Interactive, it seems as if the prospect of a new title that stays true to the franchise roots has dwindled away into oblivion.

A recent discussion that I was recently involved in on this very subject with a long-time fan of the series quickly found the very same statement that I’ve heard many times over: “Sony just has to give us fans another SOCOM title.” This is a misconception that I dare say the majority of gamers – especially fans – make of most games regardless of the franchise, because they’re not looking at Sony as a business that is out to make a profit. It’s an easy (and understandable) mistake to make, but in this case it seems quite clear that Sony can indeed profit off of these loyal fans once again by appeasing their desires. 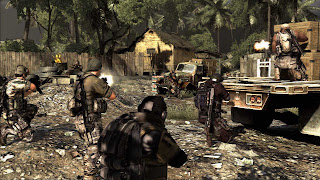 If you’re a hardcore SOCOM fan and reading this at this point, you might be upset and questioning my
judgement at this point in time, but bear with me as I further explain my reasoning for what I’m about to detail further. Here at Digitally Downloaded, we’ve discussed “gamer entitlement” a few times now and it’s a discussion that’s slowly starting to make its move throughout the industry as a whole. If you’re unsure, gamer entitlement is where a gamer (i.e. fan) makes the assumption that the company – be that a developer, publisher, etc. – must give them whatever it is that they desire, especially if they deem that it’s something that is in the company’s best interest. Gamers get attached to the games they love and there is nothing intrinsically wrong with this. Where the issue here lies is that many of these gamers don’t actually understand how the gears of the gaming industry function together as a cohesive unit. While I could write a book on this subject, as its depths are fathoms further than Rapture’s alone, so let’s keep our focus on SOCOM alone – shall we?

Starting off, let’s get the worst of this out of the way: Zipper Interactive was a good developer that I admire, but it wasn’t a great developer in the likes of Naughty Dog or Bungie. All of Zipper’s titles are riddled with glitches and bugs – they always have been – yet its titles have always featured unique gameplay elements to keep its fans coming back for more. Maybe Sony didn’t allot enough funds or time to properly polish its games? Maybe the team didn’t have the necessary resources? Regardless, it is what it is and the review scores for Zipper’s games reflect the end results of this. With Confrontation and MAG (Zipper’s landmark PS3 title), review scores’  failed to take into account how the games continually evolved for the better long past the initial reviews. True, this is also reflective of issues within the modern critical process, but it nonetheless damaged both game’s sales and kept them from achieving mainstream success.

It wasn’t MAG’s average review scores that hurt it the most though. No. One of the things that damaged MAG was the refusal of Zipper’s fans (a.k.a. SOCOM fans) to get involved with its new game. As a developer, making the same games over and again becomes an arduous and repetitious process; development studios’ are made up with people that are creative by nature. MAG was one of the most ambitious titles of the current generation and one that offered a gameplay experience that SOCOM fans could (and should) have sunk large portions of their lives within; yet, what was heard from so many fans was that, “MAG isn’t SOCOM, so it sucks.”

This is where gamer entitlement becomes a problem. Modern games can cost tens of millions of dollars to produce and if gamers don’t support the studio it could fold. While it’s easy to argue that this is basic capitalism, there is a difference here; had these gamers given MAG a shot, they would have found one of the largest online shooters available that offers more depth than we had ever seen before on a home console. MAG allows you to take control of an entire army of live soldiers (other gamers) – ordering artillery strikes and verbal commands to those under your command – it is nothing short of exhilarating; this is a game made with SOCOM fans in mind. But many of these fans didn’t show their support – they kept on playing Confrontation, which resulted in a short-budget and unfinished release for SOCOM 4, in turn leading to the closure of the studio. 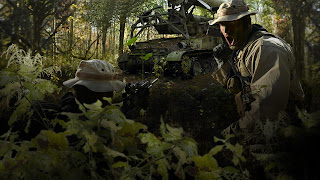 The closure of Zipper Interactive certainly doesn’t fall directly on the backs of its fans as the gaming industry is shifting in new directions, as well as being flooded with more quality games than any one gamer can possibly manage to play. What I’m alluding to here is that if you enjoy a certain something in this current market, you simply have to get involved and support the developer with your wallet to keep getting the games that you desire. This is opposite of many gamers’ thinking though and it’s here where we have to start educating these supposed fans on how the home console market of the gaming industry actually functions. In fact, this should be a primary focal point for the gaming industry to mature as it pushes ever forward.

If one thing is certain, it is that the future for the SOCOM franchise is uncertain. Slant Six isn’t one of Sony’s in-house developers, and is currently in the collaborative works with Microsoft studios to bring Galactic Reign to life. Sony has several teams at its disposal that could keep the franchises soldering on, but to do it right, it needs a brand new game engine that’s designed specifically for the unique gameplay elements found within it and a budget that’s on par with that of an Uncharted or Killzone title. Naughty Dog has captured its fans with the unique online components on its Uncharted series and some of the gameplay in it isn’t entirely too dissimilar to SOCOM’s – could it be the team that puts SOCOM as a competent contender for the top online shooter? 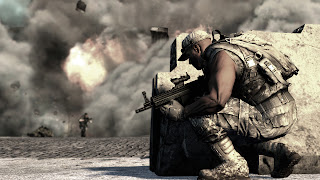 While dreaming about a Naughty Dog developed SOCOM title is, well, dreamy – how does SOCOM get back on track? That’s actually quite easy to answer and it could almost certainly give the Vita a sales boost in the West – bring SOCOM: U.S. Navy SEALs HD Collection to the Vita exclusively. If Sony brought back the top three games in the franchise, reinstated the online servers and kept it exclusive to Vita, I have no doubt that it will help to sell the struggling console. This would not only appease long-time fans, but most importantly, it would almost certainly be a profitable move for Sony. HD remakes are relatively inexpensive to produce, and if the series draws a profit, the chances for a proper sequel in the future are significantly increased and Sony will breathe new life into a nearly dead franchise. From there the PS4’s innovative cloud infrastructure could undoubtedly bring near-unimaginable design options for a future SOCOM title: fully functioned and ranked clan wars, live clan tournaments that allow external viewing to non-players, etcetera.

Zipper Interactive’s SOCOM franchise has always been a game that brings its fans together online. While the PS4’s social offerings makes a future title in the franchise seem like a no-brainier, it has to get back into action to prove that it has a fighting chance of making a profit against the high stakes market that is the next generation. Bringing the original trilogy to the Vita exclusively is a sure-fire way for Sony to get its fans not only spending money on the SOCOM franchise again, but to get its Vita into their hands as well.