Rumblings in the E3 (and pre-E3) landscape shaped the biggest news of this past week along with a plethora of C2E2 news and some big acquisitions by Nordic Games.

Nintendo drops out of the press conference shuffle

The biggest news of the week is a story that just broke today with the news that Nintendo is not going to have their customary E3 presser. Instead, the company will be hosting a Nintendo Direct presentation and have a few smaller events for specialized sections of show-goers (press, distributors, etc…).

Not having a press conference can only be seen as something of a tell as to just where the company is as far as I see it. With profits down and the Wii U missing the mark on sales, Nintendo is choosing to skip making a bigger show of itself than it normally does.

Personally, I don’t care for the move as it’s better (to me anyway) to put on a third-place showing at the biggest event of the year than to put on no showing at all.

Read on for more here.

The next Xbox announcement is coming sooner than later

Microsoft has finally tipped its hand as to when their big ‘next gen’ announcement will be. With the Wii U on the market for a while now and the PS4 announced to be inbound this Fall, the successor to the Xbox 360 was widely rumored to see an official announcement at E3 2013 or just before- and it looks like we have our answer as to when the big day will be.

With a Twitter hashtag party kicked off under the ‘XboxReveal’ tag (which leaves little to the imagination) and a live broadcast going out over Xbox Live, Xbox.com and Spike TV – there’s pretty much no doubt as to what we’ll be seeing on the 21st day of May.

Ready for the neXtbox? Click here for more details. 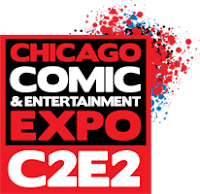 With the C2E2 con just a few days away, a number of the biggest company’s in comics have outlined their plans for the show. C2E2 has fast become a marquee convention and is almost up there with the New York and San Diego events in terms of importance for both fans and those showing their wares.

Marvel, Dark Horse and Valiant have all laid out the who’s and the what’s of what you can expeect to see from them if you’re attending and we’ve got the info for you here, here and here.

Darksiders and Red Faction have a new home

Nordic Games has scooped up the remaining big time licenses from the defunct THQ and added Darksiders, Red Faction, MX vs ATV and Supreme Commander to their stable. It was probably only a matter of time till someone bit on at least Red Faction and Darksiders, as they’re pretty big IP’s, but I’m really excited that it was Nordic that grabbed Red Faction in particular. 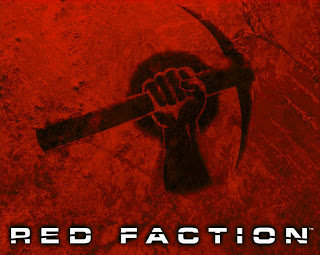 Although the latest games in the series (under THQ) were good enough, they were third-person shooters and I’ve always been a big fan of the first few titles that appeared in the FPS format. Nordic, of course, if maybe most famous for the Painkiller series of old school shooters, so I’m crossing my fingers for a return to form for RF.

As for Darksiders, I wonder if we’ll be seeing Famine or Plague next?

Check this link for the full story of the auction.