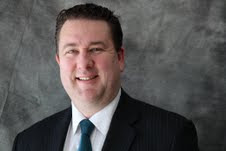 The PC games market has gone through a period of significant change over the past few years. Valve’s Steam platform has become so powerful that when Gabe Newell voiced displeasure with Windows 8, people listened. It was inevitable, then that first Steam of Linux was announced, and then the Steambox, a PC that works like a game console, soon followed.

AMD is literally in the middle of all this change, so we thought it would be good to sit down and have a chat with AMD Australia and New Zealand country manager, Peter Chambers, on his insights into the market and gaming in A/NZ in general.

Digitally Downloaded (DD): What are AMD’s priorities for 2013?
Peter Chambers (PC): A key priority is to continue to provide great value for money to our customers. We continue to provide a broad range of unlocked CPUs and APUs coupled with performance leading GPUs and compelling offers, such as the current Never Settle Reloaded. We also plan to increase our product introduction in new form factors such as tablet, hybrid and convertible with new value adds in both hardware and software to make them even more compelling.

DD: The games industry is splintering, with a constant stream of new platforms and form factors. How can a company like AMD keep on top of all the changes?
PC: Gaming is part of AMD’s DNA and AMD will continue to leverage its GPU IP across many different platforms. Gaming now takes place on many different form factors, whether it be PC desktop, laptops, tablets, consoles or cloud, AMD is well positioned with a technology solution for each. The fact that a number of the new gaming consoles are using AMD GPUs gives AMD a great head start with game developers across both console and PC optimising for the same AMD GCN architecture. The strength of the graphics in our APUs will continue to allow an even better gaming experience across many different platforms.

DD: How do you think the games industry will develop over the year?
PC: I think developers will continue to push the bar higher with continued advancements in more immersive compute-driven effects like High Definition Ambient Occlusion (HDAO) and Depth of Field (DOF) and most recently, TressFX Hair. AMD Radeon™ Graphics Core Next (GCN) is the ideal architecture for these type of compute intensive effects and AMD will continue to work strategically with game developers to improve the in game experience. As stated above the fact that consoles and PCs will use the same architecture will accelerate development and porting and ensure that games play best on AMD, whatever the platform.

DD: PC gaming saw growth in the last year. What do you attribute that to?
PC: Some of this can certainly be attributed to the fact that the current crop of consoles such as PS3 and Xbox 2360 are nearing the end of their lifecycle therefore hardware in these systems limits the quality of the experience. PC hardware has obviously come a lot further since 2005/6 with massive increases in performance and a range of new technologies such as the ability to game in 3D or over multiple displays with AMD Eyefinity technology.

DD: There are signs that the push towards ever higher-end graphics is causing budget troubles for game developers. Given that the next-gen consoles are unlikely to be massive power-jumps over the previous gen, do you think this will ease pressure on PC hardware development for games?
PC: I can’t really comment on the budgets of game developers however we have seen PC development come under pressure. The closing of the performance gap with next gen consoles will go some way to helping this however it is an ongoing cycle with the never-ending improvement in hardware. Similar architecture across desktop, notebook, tablet and consoles will also go some way to making this easier for game developers to optimise for their chosen platform.

DD: What opportunities do you see in mobile gaming for AMD?
PC: Mobile gaming will always be a focus for AMD given our graphics technologies. Discrete class graphics in our APUs across notebook, tablet and alternative form factors enable far more than before with great power savings to extend battery life. Innovations such as AMD Dual Graphics continue to add performance in these types of applications. We also have the opportunity to provide hardware, both CPUs and GPUs in servers for cloud based gaming systems which will continue to gain popularity in the years to come.

DD: How are you supporting the Australian gaming scene? How do you see it developing?
PC: We have sponsored a number of teams both directly and indirectly through our partners over the last few years. We have also contributed hardware and worked with other vendors to provide full systems for a number of gaming competitions and events to both help improve our exposure and continue to do so. We anticipate that this activity will continue and hope to see AMD continue our history contributing to great gaming.

DD: How do you see Steambox impacting on PC gaming?
PC: At the end of the day, SteamBox is good for PC gaming. It’s taking benefits of the PC (advanced tech, better graphics, etc.) and bringing it into the living room. It opens up more opportunities for the PC to grow and encourages developers to think more about PC gaming in a living room 10 foot experience. This is a win-win for all. More focus on PC game development means more great games and hopefully better visual quality.

DD: Finally, what games are you currently playing?
PC: Frogger, Mario brothers and Space Invaders! Seriously though Crysis 3, Tomb Raider and Sleeping Dogs, games that are part of our AMD evolved program and bundled with a number of our Radeon HD 7000 series cards.

The weekly discussion: How has 2013 been for you so far?

The Vita is picking up where the PSP left off; it’s all up from here