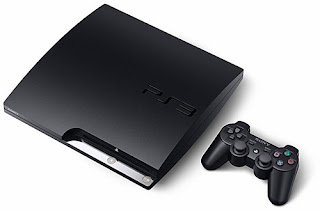 This week’s Friday 10s come to us courtesy of Phil, who specialises in top ten lists over at his site, SuperPhillip Central. After having a read, do drop by his site and say hi. He’s a good guy.

While Nintendo’s first party studios are held to an almost impossible standard, Sony does not get enough credit for its own first party studios. They’re quite awesome, too. Sony’s stable of exclusives have significantly improved over the past generation, offering content that you cannot find anywhere else but PlayStation. This top ten list features what I consider to be the ten best Sony franchises. From Kratos to Nathan Drake, Jak and Daxter to Ratchet & Clank, and Wipeout to Gran Turismo, PlayStation fans have been spoiled rotten by these franchises. 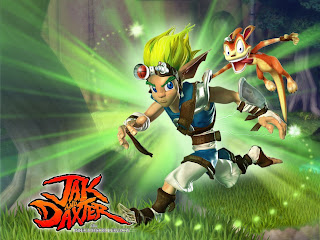 Jak and Daxter: Before developer Naughty Dog was telling the tales of Nathan Drake and the last human survivors in a metropolitan setting, the team worked on various mascot platformers. We are almost all familiar with Crash Bandicoot, but Naughty Dog also worked on Jak and Daxter. The original Jak and Daxter was no doubt modeled after so-called collect-a-thon platformers such as Super Mario 64 and Banjo-Kazooie, but it still had its own identity. The sequel brought with it a new Jak with a new, more “mature” attitude (a small but infamous episode in PlayStation history). While the game was a drastic departure from what made the original J&D so great, Jak II and its subsequent sequels still offer their own style of fun. 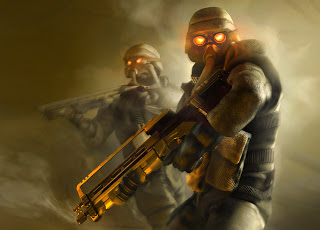 Killzone: With the success of Halo on the Xbox, Sony desired its own first-person shooter series that would be exclusive to the PlayStation. Thus, the birth of Killzone. The first Killzone appeared on the PlayStation 2, and it was riddled with problems. However, Sony took the series to the PlayStation 3 and offered a jaw-dropping E3 trailer of a build of the sequel, Killzone 2. Unfortunately, that build was not representative of the final game at all. That said, Killzone presents players with a fantastic amount of shooting gameplay that PlayStation owners seemingly cannot get enough of. If you don’t believe me, look at the hype for the Vita’s Killzone: Mercenary and the PlayStation 4’s Killzone: Shadow Fall. See what I mean, now? 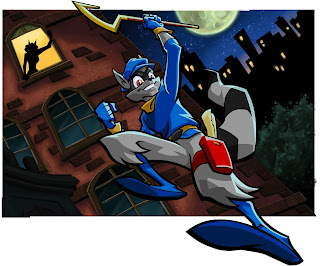 Sly Cooper: The PlayStation 2 was the birthplace of three new 3D platforming franchises. I’ve covered the first with Jak and Daxter, and the second is Sucker Punch’s Sly Cooper. Sly is a master thief who uses his virtuoso stealing abilities to reclaim the lost pages of his ancestry’s fabled book. This crafty raccoon has a wide range of platforming skills: sneaking across edges, climbing up poles, tip-toeing across power lines, and so much more. Though there are only four games in the franchise, each one has its own personality which makes for a platforming brand that is tremendous fun. Just try out the first game in the series, Sly Cooper and the Thievius Raccoonus, to see what the admiration is all about. 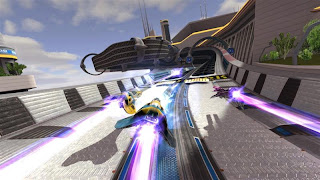 Wipeout: Though it does not reach quality of Nintendo’s F-Zero franchise, Wipeout is still a fantastic futuristic racer that pits players to duke it out across tracks that twist, turn, fork, and spin. Which way is up? Which way is down? Did I remember to go to the bathroom before the race? I don’t know the answer to any of these questions! Unlike F-Zero, however, Wipeout sports weapon combat, online play, and most recently, gorgeous high-definition visuals. It’s a futuristic racing franchise that PlayStation fans can call their own, and it is surely a marvelous one. I just hope you don’t suffer from motion sickness… 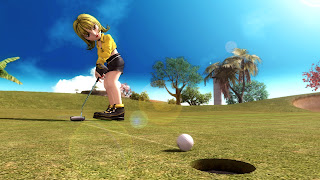 Hot Shots: The Hot Shots series is the pinnacle of golf games. It is one that beginners to absolute experts and everyone in between can enjoy. Each game has its own set of colorful courses, a kooky cast of characters, superb visuals, and sim-like nature to it that makes for that must-play got-to-do-one-more-course feeling in players. Whether it’s online tournaments, beating the CPU in a match play round, or getting that ever-elusive course record the Hot Shots series is a great time on the links. Hot Shots as a series has even expanded to tennis, offering the same arcade feeling with that ever addicting gameplay. It is for these reasons that the Hot Shots franchise makes this list. 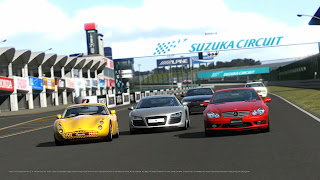 Gran Turismo: The ultimate driving simulator, Gran Turismo is one of Sony’s most heralded series. Yes, it isn’t very newbie-friendly, but once players have come to terms with the ins and outs that each game possesses, they will find an immensely rewarding franchise. Gran Turismo allows car, driving, and racing enthusiasts alike to get behind the wheel of their favorite beasts and take their machines to the most exotic racing locations the world has ever seen. It’s this dream turned virtual reality and the myriad amounts of detail and nuances that make the Gran Turismo series so loved. 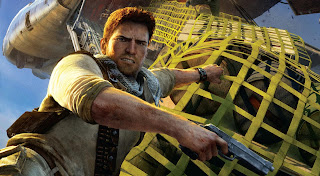 Uncharted: Protagonist Nathan Drake is marketed as an everyman character, but I don’t know many everymen who have kill counts that stretch in the hundreds (beating out a lot of serial killers, mind you), superhero levels of upper body strength, and most importantly, almost always sporting a half tuck. Regardless, Drake’s a likable fellow, and the series he represents, Uncharted, is essentially one part interactive Indiana Jones and one part Tomb Raider. Both parts put together equal some wonderful treasure hunting, platforming, and cover-based shooting with some sensational set pieces thrown in for good measure. The stories are always written in a magnificent manner, and above all, the Uncharted series consistently delivers excellence. 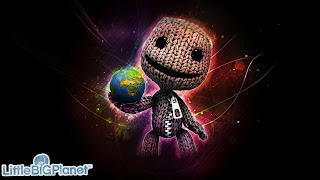 LittleBigPlanet: I love customisation in games, and LittleBigPlanet is the beacon of that. Though some criticize Sackboy’s floaty jumps, I look past that and still enjoy the platforming. What I love most, however, is the ability to create anything and everything. Basically anything you see in the games’ campaigns can be made in LittleBigPlanet’s highly intricate level creators. Make objects, make enemies, make whatever you want. You don’t even have to make a platformer, for goodness sake. The level of what you can craft with LittleBigPlanet’s tools is nothing short of amazing, and I have lost many night’s sleep tinkering and tailoring custom designs to share with the community at large. LittleBigPlanet as a series is truly something special. 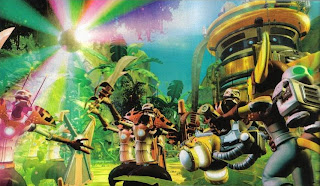 Ratchet & Clank: While Ratchet & Clank have seen much better days (a duo of relative stinker entries in the franchise known as All 4 One and Full Frontal Assault/Q-Force soil the series a little), the good far outweighs the bad with the Ratchet & Clank franchise. The fun of upgrading powerful and highly creative weaponry through repeated use, following along the off-the-wall intergalactic journeys of our protagonists, laughing at all the humorous jokes the series has to offer, and enjoying the terrific combo of action and platforming makes for a platforming series that is one of this writer’s favorites. Here’s hoping Ratchet & Clank’s future games are more similar to their original adventures and less of something in the failed experiment category. 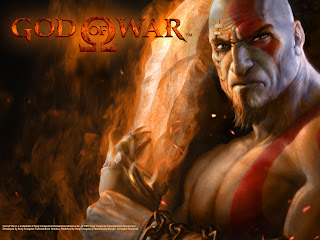 God of War: God of War: Ascension is the latest entry in the series that essentially started its own copious amount of imitators. While many have tried to take the crown, none of have usurped the king. And sitting on top of all of the corpses who wanted his crown is Kratos, the anti-hero protagonist of the series. There really is no bad game in the series, and that is pretty impressive seeing how many entries there are. Although there have been small alterations made to each game, the design is pretty much still the same, which turns off some players. However, when you have something that really works well, why risk ruining it? God of War as a brand continues to kick butt, take names, and be at the top of the heap when it comes to action games.

So, what are your favourite Sony franchises?

Interview with Nippon Ichi President: “We are looking to out-do Disgaea”