Escape the tyranny of King Washington and go behind the scenes of The Walking Dead game from Activision in this Tuesday’s News Wrap.

Lots to talk about this week in the world of downloadable add-ons with some single player expansions to some of the biggest games of 2012. As a gamer who greatly prefers the single player experience to ‘social’ multiplay, I couldn’t be happier.
When Washingtons attack 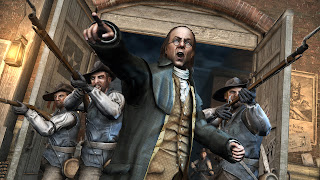 Assassin’s Creed III has been a little divisive for the fan community as main character Connor has proven to be maybe the least likable star in the franchises’ history. Personally, I haven’t played the game (you can check out DDNet’s review right here), but seemingly every fan I talk to says that the Native American assassin isn’t exactly the most exciting of dudes.
Exciting or not though, there’s no denying that the first single player expansion for the game definitely has some swagger. In a first for the series, The Tyranny of King Washington takes us on a ‘what if?’ trip to a world where Washington became drunk with his new found power and proclaimed himself King of the United States.
The DLC will be available for all versions of the game (even the Wii U) at the tail end of next month, but in the meantime you can check out the new trailer here.
The Knife of Dunwall strikes in Dishonored

Arkane Studios’ Dishonored was one of the most open ended action titles of 2012 and the new Knife of Dunwall takes players back to that world of magic, steampunk sensibilities, and stabbing- don’t forget the stabbing.
The Knife of Dunwall puts player into the shoes of Daud, the man who killed the Empress. As an assassin on the run, Daud must lead his men into new areas of the city of Dunwall and face new enemies on his quest to find ‘Delilah’ and his ultimate redemption.
Read more about Mac the Knife of Dunwall here.
The Walking Dead stars take you behind the scenes of Survival Instinct
The Walking Dead: Survival Instinct is the new survival/FPS from Activision based on the hit TV show and comic book of the same name.
After Telltale’s excellent episodic adventure game had already set the bar exceedingly high for the property, many gamers looked at Survival Instinct as a kind of cheap cash-in on the popular zombie franchise- including me. Of course, it didn’t help that news wasn’t exactly plentiful on the game and the first trailer didn’t look so hot (that’s putting it mildly).
Turns out though, that Survival Instinct might just be worth a look as actors Norman Reedus and Michael Rooker (from both the show and game) take us behind the scenes on a title that’s actually looking pretty sharp.
Take a look and see what you think of The Walking Dead: Survival Instinct here.
Diamond Select’s take on The Wolverine revealed 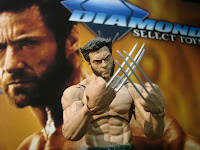 Toy maker Diamond Select Toys (DST) revealed its take on Hugh Jackman’s Wolverine this week with the official unveiling of the Logan from the upcoming The Wolverine film. The movie retells the story of Wolvie’s journey to Japan and his blood feud with an old enemy there.
Unlike many, I wasn’t a hater of the first Wolverine movie (X-Men Origins). Although I didn’t like at all what the studio did with Deadpool and Blob (among others), I have to admit I had a fun time with it and Jackman as Wolverine continues to be a perfect fit as far as I’m concerned (though he is way too tall).
The new Wolverine figure from DST is more Logan than superhero, as it depicts the feral mutant in plain clothes with no costume (or shirt) to be found- even though the new film does take place after the character’s time with the X-Men and post-X3 (can’t we just forget that one existed?).
DST is really amping up the posability and accessories (alternate heads and hands) for their Marvel Select line and Jackman’s Wolverine is no exception- check him out here.
The best of the rest:

While those were some of the biggest stories of the last few days, there was way more going on in the world of gaming and comics this past week. Here’s a few of the other big stories that appeared on BG: