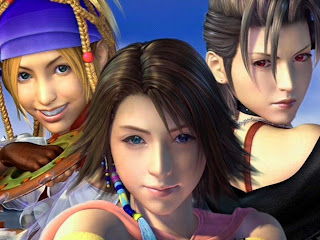 We have been following Final Fantasy X HD here for some time – that game is probably my favorite Final Fantasy title to date, with other editors such as Matt also holding that particular release in high regard. Well, a little more news trickled out today.

If you buy this for the PlayStation 3, you will also get Final Fantasy X-2 on the same disc. Both of these games will be the International Editions. However, on the Vita, Final Fantasy X HD will not come with X-2 on disc – though it can be purchased separately.

A couple of questions that have not been answered yet:

Will X-2 be a straight port or get the HD treatment?

What will the pricing be for these games?

Will it have two sets of trophies then, like the different God of War titles did in their remakes?

I will admit, I started X-2, but never finished it. I was never as enamored with that version as I was with its predecessor. I did try it, and even got about two-thirds of the way through it. However my son, who was still quite young at the time, deleted my save file to make space for a game he wanted to play. Have I ever mentioned that I think ‘separate accounts’ was arguably the greatest thing about this generation of gaming consoles? Anyway, the game was a loaner so instead of starting all over, I just gave it back to my friend.

Back to the topic at hand, what do you think? Does this make the game a better deal overall? Do you even care if X-2 is included (many people do consider it their least favorite Final Fantasy game ever, deriding it with nicknames like ‘Final Fantasy Barbie’). Me? I am excited I will get another crack at it, and am anxiously looking forward to this release.