Many of the finest games focus on two aspects of their design; scoring and entertaining mechanics.

Scoring is beautifully pure; doing certain actions rewards the player with points that increase a score. This score is most often either used to gauge the skill of a player or used to give the player a currency of some kind. In terms of mechanics, they’re typically at their most entertaining when they encourage the player to sharpen their skills and consequently make the players push those mechanics further and further towards their extreme uses. So for example the bunny hopping meta-mechanic that we find in many FPS games was founded because those early first-person shooter games encouraged the players to exploit the mechanics of the game.

Now what does any of this have to do with today’s subject, Croixleur? Simply put, Croixleur is an arcade hack-and-slash game and as such its those two basic components are critical to its success. That said, it would also be unwise to just assume that Croixleur does not try to be anything more than a straight-up arcade game.
Croixleur is a $US5 doujin hack-and-slash arcade game developed by Souvenir Circ. and translated into English by the good folks over at Nyu Media. The translation itself is well done and I did not find any odd word choices or misspellings used within the game. However, the near absolute lack of story in the game means that the translation team also didn’t really have the opportunity to completely drop the ball.

Story mode is where actions are a bit more varied. After receiving a brief set-up, the player is given 15 minutes and tasked with traversing through a dozen arenas filled with different groups and variations of enemies. After completing certain arenas the player can choose one of two different arenas to proceed through. While these arenas do not branch the following series of arenas or alter the sliver of story, they each separately award the player with different special moves that can be used in subsequent playthroughs.

So does Croixleur do scoring well and offer entertaining mechanics? The scoring works well. Attacking and defeating enemies and gathering the coins which those enemies drop all boost up the score. Acquiring a higher score is not as addictive as it could be, but I would be hard-pressed to find anyone who has played this game and not attempted to best their past efforts at least once.
However, the scoring fails in one major aspect; the fact that all of the high-scores are only locally saved to a single computer. Once you have beaten the highest programmed score, then there is no other challenge to conquer. And with the scoring serving no other purpose than to beat your own scores, that does leave the game with little incentive and, in a way, little content. Now, I perfectly understand the limitations of implementing a global leaderboard; this is an indie game developed on a sliver of a budget after all. However, this problem could have been overcome by somehow tying that score into the game’s reward structure. Being able to use the points to tweak the poor levelling system implemented in Croixleur would have made the scoring have a greater point to it. 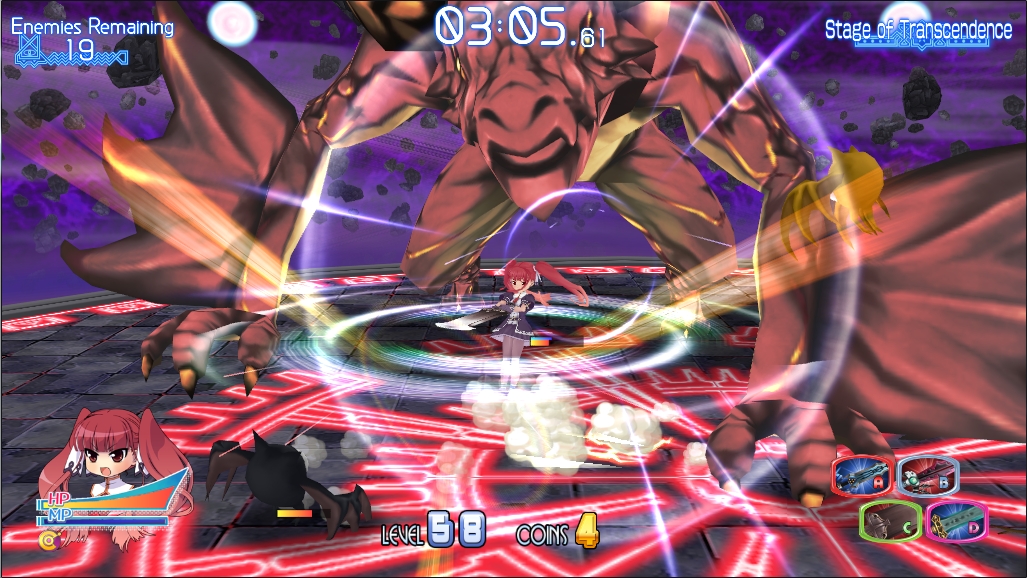 However, the failings of the scoring system are mostly made up for in Croixleur’s very entertaining mechanics. The player is given three methods of attacking; a weak universal attack which can result in a three-hit combo, a strong spinning attack which makes the player invincible, and a selection of four special attacks which are determined by what weapons are in the alternate functions of the four face buttons.

Weapons can be found by playing through the story mode and each weapon is tied to its own special move, giving a nice bit of incentive to play through the story mode more than once. The control set-up is great, assuming that the player is using gamepad with four face buttons (I highly recommend it), and the player has immediate access to the universal attack, jump, dash, and spinning attack buttons. However, by pressing another button, those four face buttons then become the special attacks designated to the weapons which the player has equipped. This control scheme allows for high versatility with minimal fuss, which complements the dashing mechanics and attack transitions. Using the mechanics efficiently, one can dash and attacks enemies in a non-stop fashion. While the mechanics could use some more tweaking to make the combat experience even more fluid, what is already created does feel exciting to play with.

The various enemy types also vary the combat and encourage players to use the mechanics to their maximum potentials. The simple walking enemies can be taken out with relative ease, even when not using any weapon-specific attacks or dashing. But then the magicians start attempting to strike you with lightning, that of which requires fast movement to best avoid. And then the flying eyeballs appear, adding vertical combat to the already-established horizontal combat. After the flying eyeballs come the various bosses, bringing in the key aspect of prioritization to the battlefield. Each enemy is attuned to a specific trait such that they all feel like they add something the gameplay. There might not be a huge range of enemies, but they all have purpose, and this is far more important in the long run. 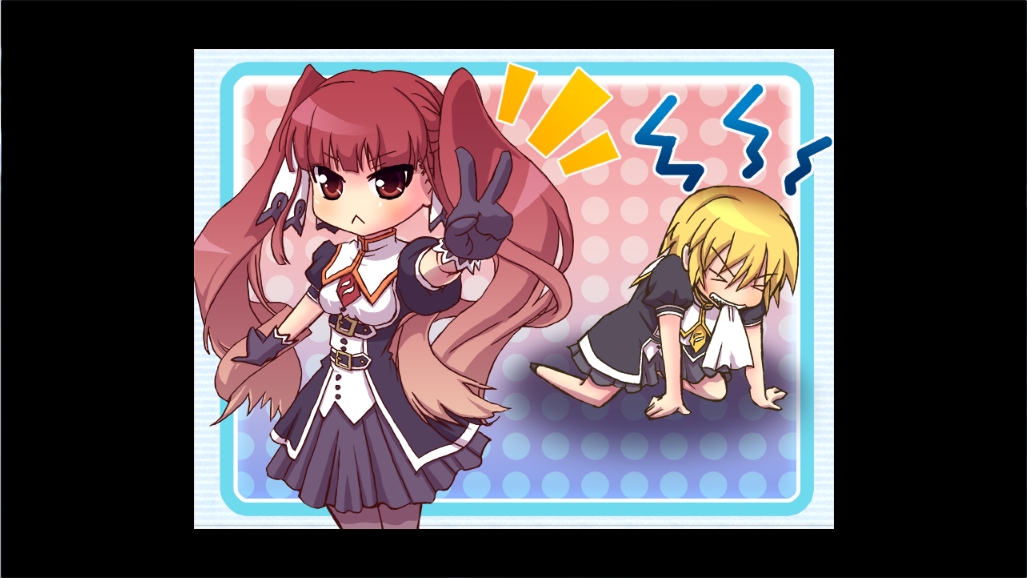 The visuals and audio could be a mixed bag for some. As the screenshots in this review warn you, this is not fantastic-looking game. However, nothing in the game actually got in the way of playing it. Besides the main combat music, nothing in this game will make you rush out to buy the soundtrack, with coins sounding like coins and hits sounding like hits. Croixleur is also not a resource-heavy game, with myself being able to achieve a steady 60 frames-per-second on a mobile graphics card (specifically a Radon HD 7640G).

Overall, Croixleur mostly does the heritage of arcade games justice even if the scoring component is slightly lackluster. The combat is fun and the enemies encourage playing with the game’s mechanics. While the game does not have a massive amount of content, the five dollar price tag does allow Croixleur to be the entertaining weekend filler that is is.

Interview: Can’t find the right CCG for you? Make one!