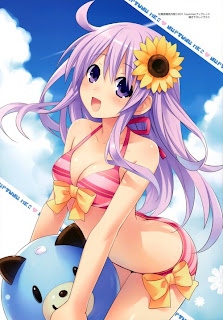 Compile Heart’s Hyperdimension Neptunia series is quite possibly the most otaku of JRPGs that actually gets localised (bless NISA for that).

Being rather creepy makes the games quite niche, but there’s a dedicated fanbase for the games who find them quite amusing.

With Hyperdimension Neptunia Victory coming soon, NISA has released a mini-application to the iOS app store to help promote the game. It’s free to download, and features two of the game’s girls (Neptune and Noire). Most of the time they’ll just stand there looking at you, though the app uses your iPhone’s calendar and alarm clock functions too.

Surprise, surprise, this app isn’t for everyone (or, well, most people), but it’s amusing, and it’s nice to see more developers supporting their console game releases with iOS marketing applications. This one is certainly cuter than that ZombiU app. 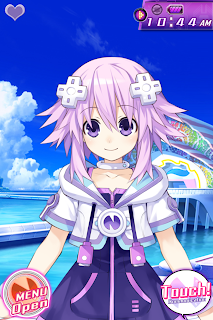