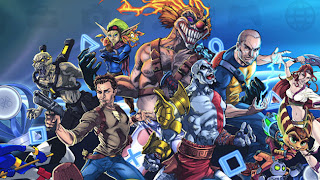 Family get-togethers are an inevitable part of Christmas. That means multiplayer games are the first point of call for many gamers over the Christmas season. For many years that has meant the Nintendo Wii and Mario Smash Brothers. Now there’s a new challenger in the multiplayer brawl arena, and is it ever fine.
All-Stars Battle Royale does enough new stuff to the formula to ensure it is a completely different game with its own spirit and style. There’s a great line-up of characters, so everyone in the family will be able to find a favourite, and it’s accessible enough that, even after you’ve hit the eggnog you’re going to have a great time with it.
Share this