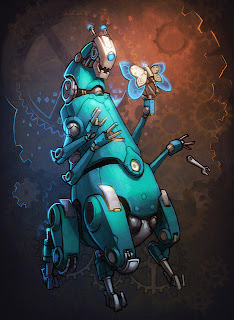 When I sat down to start writing this review, I had to spend 10 minutes researching the name. It’s never a good sign when the very name of a game is forgettable.

That’s a harsh way to kick off a review, I know, and in all fairness Planets Under Attack is in no way a bad game. It’s just a very standard take on a very standard strategy sub-genre. Given that it came from the team behind one of my favourite revisions to Chess, Battle Vs Chess, I am deeply disappointed that this game does so little to push the envelope.

In recent years there have been two dominant kinds of casual strategy games emerge. One is the iOS perennial favourite, the tower defence game. The other is Planets Under Attack’s kind of game. In these games players compete for a small group of nodes by directing units to which nodes to attack, and when. Each node a player owns automatically generates soldiers, so the only thing the player really needs to do is time the attacks and ensure that your own nodes aren’t captured by the enemy.

In reality, calling these games “strategy” titles is a bit of a misnomer. There’s no real strategic thought required to be good at these games. That’s not to say they’re easy; Planets Under Attack has a steep difficulty curve – especially for the perfectionists that try and earn the highest stars on each level – but it’s a limited, arcade game-style challenge. 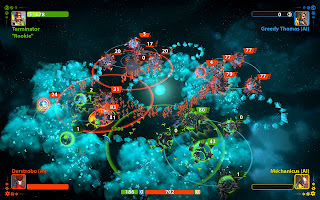 In Planets Under Attack, the genre’s nodes are replaced by planets, and the ‘soldiers’ are combat ships. There’s some rudimentary resource management built into the game in a bid to make the basic formula somewhat more complex, but it’s not that engaging. There’s one type of resource to manage per race (there are three of those), but each time it’s a resource that’s automatically generated, so it’s a system that runs in the background without too much work on the player’s part.

Real strategy games ask players to make decisions about the kinds of units they build, the strategic positioning of those units and maintaining the health of those units by taking into consideration, morale, supply and the like. When a game only features the one unit, and when strategic positioning is limited to “make sure you capture the planets with the weaponry first,” it’s difficult to feel that you’re really being mentally taxed by a game. It’s not a good sign when a strategy game is not mentally taxing, and with Planets Under Attack, the only thing I needed to plan for was the occasional planetary orbit which could take one of my planets and isolate it deep within enemy territory. Thankfully the planets move so lazily around these orbits that I had more than enough time to prepare. 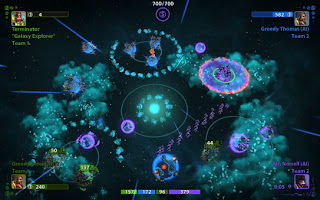 They exist on completely different pay scales, but even at the premium price, XCom is going to give Xbox 360 owners looking for some strategic action a far better time than Planets Under Attack. Which in turn makes me wonder; where is the audience for this game?

It’s not that it plays badly – Planets Under Attack is the finest example of its genre that I have seen. There’s three different races to play as – humans and robots – and they do have slightly different play styles. There’s a proper multiplayer game for up to four players (and the action can get very intense when four people are playing) and the visual presentation is quite nice.

There’s even some basic upgrades to earn from playing well, which do help your units handle the more difficult levels. Planets Under Attack also has a reasonably dynamic AI, which means that replaying a level can often mean a player needs to deal with a different pattern of enemy attacks.

There’s a serious issue with the multiplayer to that means it’s the kind of game that I can’t see maintaining a stable community, though. Because the game’s systems are so simple, outwitting an opponent with a numbers advantage is incredibly difficult. Once a player has a slight advantage – say, one extra planet generating slightly more soldiers and resources than the opponents, then it’s just about game over. Come-from-behind wins are a rarity in this game.

So there is nothing wrong with the game itself, but the problem with Planets Under Attack is that it belongs to a particularly uninteresting genre. I can certainly appreciate the desire to make an accessible strategy game, but the tower defence genre is a far safer bet for that. And for a more action-based strategy game, Rock of Ages should be more than enough for most people.