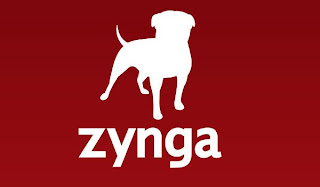 More unfortunate news on the Zynga front; the once-darling of social gaming has announced it will close its Boston office and lay off five per cent of its global workforce.

This also puts its Japan and UK offices in immediate danger. In a memo circulated to staff, Zynga CEO, Mark Picnus, claimed the move was to streamline operations.

“This is the most painful part of an overall cost reduction plan that also includes significant cuts in spending on data hosting, advertising and outside services, primarily contractors,” Pincus said in the note.

As another consequence of this “streamlining,” Zynga will stop supporting 13 of its games.

This is a company that has lost three quarters of its share value in the past couple of months. It’s not entirely Zynga’s fault, as its most important ally, Facebook, has also been dragging the entire social media world downwards, but it’s depressing to see a company that had previously shown so much potential struggle so badly.

The big question is: is there an out for Zynga? It seems that there potentially is. The company is apparently building an advertising platform that would generate it a secondary stream of income, making it less dependent on social media revenues. This would, at this stage, seem to be a wise decision.