Four new missions are about to land on the PC and expand the disaster diverting and people saving action of Deep Silver and Quadriga Games’ Emergency 2012.

I’ve honestly never heard of Emergency, but it actually looks pretty awesome. An RTS where you save people? Imagine that.

Emergency 2013 offers owners of Emergency 2012 a campaign with four new missions: A large volcano is about to erupt – all over Europe, magma currents must be diverted. The rescue workers need to deal with forest fires, eruptions, toxic gases, and outraged citizens in order to save everyone from disaster. 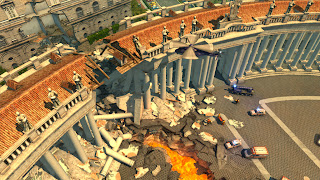 Break out the hoses and the light the sirens, Emergency 2013 hits the PC (for owners of the 2012 model) on November 9th.

Final Fantasy XIV: A Realm Reborn – a handful of screens

Pre-order Cognition, scare up some bonuses