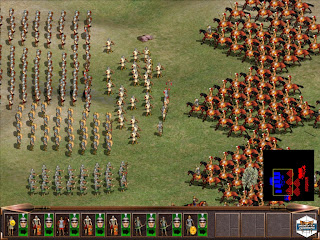 Who likes classic strategy games? Who likes iPads? Who wouldn’t like the two of them together!

Matrix Games might or might not be a name you recognise, but they’re the minds behind one of the few genuine, hardcore wargames on the iPad so far – Battle Academy.

That was a game that was a remarkable success despite being premium-priced ($20, no less). And so, apparently buoyed by that success Matrix has taken to its back catalogue and decided to port 2002-classic, Legion, to Apple’s device next.

It might look old, but Legion is a war game with some real strategic merit. The game has been rebuilt for the iPad’s touch-screen controls, and so we’re expecting this one to live up to the same standards that Matrix set down with the previous game.

Even better – have a look and the press release below – this is just the tip of the iceberg. Matrix is going to turn them tablet devices into the go-to platform for strategy gaming.

Legion Coming to the iPad!

First in series of classical wargames being made available 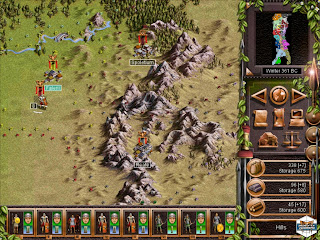 First in a series of classical wargames from Slitherine and Matrix Games, Legion is a deep turn-based strategy game set in ancient Rome where players build their small nation in to a mighty empire through diplomacy and conquest. Every map, unit and feature from the original is included so players will have the complete experience. Slitherine’s internal development has spent the last 6 months developing a system to allow PC games to be converted to iPad and the technology is now going to be used both for internal projects and made available to external developers. On top of this innovation, Slitherine is also making all the relevant changes to adapt the UI to the touch generation devices, so that each game is identical in content, but improved as an overall experience.

Many other classic games will be coming to iPad from the Slitherine & Matrix line up and from third party development partners. Legion is sure to attract iPad wargamers looking to dip their feet into the expanding world of mobile wargaming and provide the stepping stone to the world of wargaming itself.

Legion features more than 20 nations of the Roman Empire era that can be opponents or allies to the player. A detailed economy has players managing their cities, allocating their workers, controlling production, building fortresses and training armies in their pursuit of victory. Players will also be treated to a game full of historical accuracy, with units, weapons, maps, and scenarios modeled to accurately represent this period of ancient history and warfare. You can also watch massive battles fought out when too armies meet. With three different levels of difficulty, Legion will challenge all wargamers.

For more information on Legion for the iPad, visit the official product page on the Slitherine and Matrix Games website.