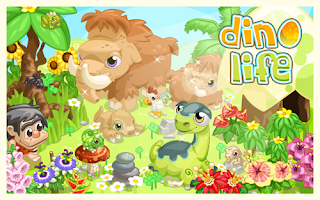 Gree is not a well-known name in the west, but when it does something, people should take notice. The Japanese giant acquired OpenFeint not too long ago, and now it has extended its reach further, snapping up App Ant Studios.

Gree has the goal of reaching one billion users worldwide. Sounds like a big number, but Gree is on an acquisition spree that should get it right up there. In addition to App Ant Studios and OpenFeint, the company also acquired Funzio in May.

App Ant is a bit of a strange acquisition though, since it has only one game on its books – Dino Life, and that game is not even available on the iOS devices, which is where the real money is.

“The team at App Ant Studios has continually impressed us with the quality of its engineering, art, and overall product,” Naoki Aoyagi, CEO of Gree International, was quoted on ZDNet. “With our constantly growing and evolving mobile game market, having such exceptional talent on board to build great experiences for the latest hardware is a huge priority for us.”

Matrix Games’ Legion marching on to the iPad