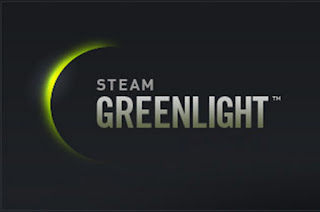 It’s that time again. Today a few of us here at Digitally Downloaded have decided to share with you a few of our favourite Greenlight picks that we feel need to be available for purchase on Steam. We implore you to take a look at our picks and if you like what you see, by all means, take the few seconds it takes to click the link and give the game thumbs up – every vote counts!

Christopher Ingram
Little Racers STREET
First of all, I’m a huge fan of top down racers. My iPhone has been one of my primary gaming devices lately, because of the phenomenal Reckless Racing 2. While Little Racers STREET is already available on Xbox Live Indies and Desura, I’d love to see the title make the jump to Steam for maximum exposure. Not only does this game feature a large single player campaign, with over 30 customizable cars, it also comes fully equipped with a 12-player online experience too. The game has nearly gotten its share of votes to secure its Steam release – let’s make sure it gets there!
Unepic
If ever there was a game that was epically un-epic, it’d have to be Unepic.  With a hilarious storyline and fantastic 2D gameplay, Unepic brings a unique flavour to the standard Action/RGP genre. Looking every bit like a highly polished game that’d fit perfectly in the Castlevania series (granted, with more RPG elements) this is definitely a title to keep on your radar. Matter of fact, why don’t you just go ahead and give this one a vote and add it to your favourites while you’re at it.
Jason Micciche
Left to Rot
Zombie games are just about as fresh and exciting as the week old pizza sitting in my fridge (really have to get around to throwing that out), but Left to Rot (LtR) offers something a little different for the genre.
A first person action affair, LtR is story based, with all the missions and narrative you’d expect, with an open world as the backdrop. As in some other zombie fiction out there, LtR features a man who was divorced from the apocalypse as its playable character. Mark Faraoh is an inmate locked away in solitary confinement, while the world as he knows it ends around him. He’s released by a pair of zombies that want him for lunch and escapes into the new world, which unsurprisingly isn’t as nice and cosy as the old world once was. There’s also a religious vibe happening in the description that they don’t get too deep into, but all in all, it seems like it could end up being pretty cool.
I’d love to see what developer Panzer Gaming Studios does with the game in the final version (it’s not yet set for release), check it out and you’ll likely want to as well.
The Last Phoenix
When I first saw this one, I thought ‘Panzer Dragoon’ and that’s not a bad thing by any stretch. The Last Phoenix (TLP) looks like it’s a lot more than just a Panzer knock-off though. This one has a story and (almost more importantly) style that’s all its own.
Starring the last in the line of the mythic fire-birds, TLP is 100% pure aerial battling as the supernatural bird sets out to wipe the evil off of the dying world in which it lives. As you fight carrion birds and assorted other nasties, you’ll see the spark of life returning to the landscape under your massive wings. Vegetation actually starts to grow, changing the landscape below and the world’s colour starts to creep back into everything in sight.
It’s got great aesthetics, seeing how the graphics are quite trippy, which might be putting it mildly. The Last Phoenix by Barbossal Games is one adventure I’d love to experience and you can make that happen with your vote.
The V8 Ninja
Wrack
Being an American, I enjoy a good gun-fest of a first-person shooter. But what is sorely lacking nowadays is a simple shooter that apes the grandfathers of the genre. While many recent shooters attempt to have unique multiplayer modes or integration with other genres, we need a game to remind us — the shooter-playing populous — why we grab our double-barrel shotguns and leap into the chaotic fray with triggers’ hammering away. Wrack is aiming to be just this sort of simple shooter and more. Eschewing the more modern RPG-like multiplayer and genre-crossing nonsense, Wrack instead houses an array of weapons, a healthy amount of enemies, tight corridors, item pick-ups, and a sword for a melee weapon. Wrack also promises the better parts of modern game design (e.g. level hazards, boss battles, themed stages, etc.), a fantastic cell-shaded look, a level editor, and audio by the Doom-veteran himself, Bobby Prince. The game has already been released in its alpha state on Desura and the community reaction has been one of glee. This is definitely a game to look forward to and help give attention to as much as possible.
The Last Phoenix
Despite ignoring many games involving flight, I do like the more fantastical approaches to these types of games. Star Fox 64 is one of my favourite games of all time and the Ace Combat series has caught my attention more than once. I am also a bit of a sucker for pretty scenery, which is why The Last Phoenix has caught my attention. Boiling down to an aerial dog-fighting game, The Last Phoenix puts the player in the position of the titular last phoenix, which must apparently right all of the world’s wrongs to save it. Besides having a contrasting colour scheme between black and burning yellow, what really makes this game pop out in the visual department, to me, is how the environments dynamically becomes filled with colour and life as the player gets closer to them. That aspect just amazes me in every way. As a game, The Last Phoenix contains aerial dog-fights between birds and abandoned structures scattered throughout an open-world environment. Since the game has recently finished its core gameplay development cycle, it is safe to say that this will be a commercial game, whether it passes its Steam Greenlight requirements or not. But if you want to see this project released on Steam – giving it maximum exposure —  please give it a thumbs up.
Share this

A Valley Without Wind purchasers get the sequel for free