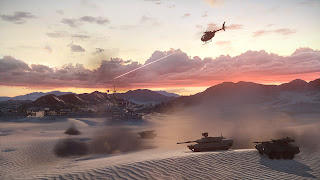 The battlefield just got bigger than ever. No, really. Armored Kill, the third DLC instalment to DICE’s Battlefield 3 brings with it four brand new maps, and they are boy are they big. You might remember a few months ago we did a review of Battlefield 3 and the second DLC instalment Close Quarters. You can read that here. Thanks to our Premium status, we have had a play around of Armored Kill two weeks before its general release.

Armored Kill adds four new maps to the multiplayer of Battlefield 3. Here you’ll travel to the grassy knolls of Armored Sheild. You’ll fight over the highway under the guise of night in Death Valley. You’ll enjoy the snowy Alborz Mountains, or take a trip to the Bandar Desert, the largest map in Battlefield history. 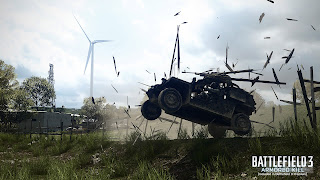 Armored Sheild is the least impressive of the four. Although it consists of large open plains, you can see the strain that the game causes on the PS3. Textures load only a few feet in front of you, and the background is a blurry mess, if it loads at all. The other three maps are really enjoyable to play on, especially Alborz Mountains and Bandar Desert. Death Valley can result in a lot of strategic attacks due to the fact that the entire map is shrouded by night. Recon specialists will have a blast here.

The main problem I find with these large maps, and this is for console rather than the PC versions, is that they are lonely experiences. The PC version of Battlefield 3 supports up to 64 players. On these maps they would be a true battlefield, but on consoles, you don’t get the same sense of warfare with only a maximum of 24 players. 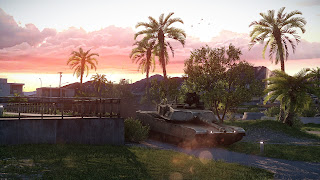 All of the maps can be played with any game mode, as well as the new mode Tank Superiority. Tank Superiority sees the two teams fighting over a single control point with, you guessed it, tanks. That’s pretty much it. The matches generally consist of one team taking the flag, then retreating to defend from a distance. On the consoles, each team is allocated one battle tank, with the rest of the tanks being tank destroyers. Engineers will be very welcomed here with their repairing skills, as there is quite a bit of travel time in-between the spawn and the centre flag. Overall Tank Superiority isn’t that interesting really when compared against other modes. It can have its moments, though you’re going to have much more fun if you play conquest on one of the newer, larger maps.

Another addition to the game is gunships. When a team obtains a certain checkpoint, they additionally obtain the use of a gunship, which circles the battlefield. You can spawn into the gunship, and take control of one of its guns.

This DLC pack seems to be much more truer to the Battlefield series than what Close Quarters was. Close Quarters was a homage to the competitive shooters of today, with its narrow corridors. Overall though, unless you’re a hardcore Battlefield fan, I wouldn’t recommend this DLC for console owners. Yes the large maps provide some interesting matches, but the focus on maps of this scale proves harmful to the console’s online limitations. However if you’re on PC you should definitely check this out, as some of the 64 player matches can be quite a lot of fun.