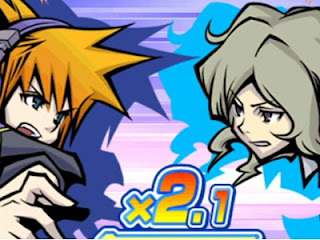 The world is ending tomorrow. Well, at least if you consider the re-release of a video game to be an unavoidable global calamity…

Four years after its original release on the Nintendo DS, Square-Enix’s critically acclaimed JRPG, The World Ends With You, is making its way to the App Store.

Rather than port the game directly, Square has opted to retool and enhance it in various ways.

The first of these is a new soundtrack. It features sonically improved songs from the old game in addition to brand new compositions. It now boasts no fewer than 60 tracks in all.

The game’s battle mechanics have been adjusted to suit the single-screened, button-free Apple devices. Neku’s partner now joins him on the same screen. The player also primarily controls Neku, and as such, the title has been endowed with the addition of “solo remix”.

The game’s artwork has been completely redrawn to increase the quality and take advantage of the retina display on certain devices. Other features include the ability to read tweets through the minds of Shibuya’s populace and trade friend cards.

The game will be internationally available starting tomorrow, for a price of $17.99 on iPhone or $19.99 on the iPad (USD).

Check out the game’s official website and trailer below:

The Sunday Board Game: Dungeon Command