It’s hard to believe we’re still talking about a game about a game that originally debuted in 1982, an yet here we are. The newest remake of Activision’s Pitfall! Based off of the original Atari 2600 version of the game, you’ll get a serious dose of nostalgia the second you fire up the game.

Crocodiles? Check. Gold bars? Check. Those damn cobras… check. All this is not to say that the game hasn’t been thoroughly updated though. 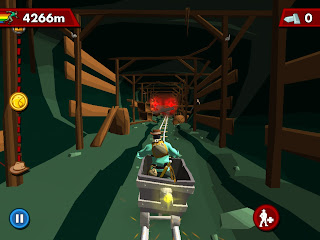 From the moment mobile gamers start playing Pitfall!, they’ll experience an ever-changing landscape with different environments and shifting camera perspectives, vehicles and mine carts, branching paths, and a wide range of hazards to overcome. With the iconic objects from the 2600 classic game – crocodiles, rope swings, gold bars, diamond rings, cobras and more, players will traverse a volcanic island carpeted in sweltering jungle and explore villages long since forgotten by time as they dodge danger in maze-like cave systems. Every level-crafted from the ground up exclusively for mobile-packs stunning 3D visuals, instinctive controls and engaging action-adventure gameplay. As players progress, they can sweep up loot, buy power-ups and earn experience, enabling them to advance through the leveling system and compete with friends for the best high scores. The excitement doesn’t stop there, as plans call for the game to evolve over time through future content updates.

The game was developed with an retro-HD style in mind by one of Activision’s newest studios, the Leeds (UK) based The Blast Furnace. Heading up the group (and joining Activision Mobile as its new COO) is former Rockstar Leeds big Gordon Hall.

Here’s what Hall had to say about the new studio’s Freshman effort:

“The original Pitfall! on the Atari 2600 pioneered the action-platform/runner genre,” said Gordon Hall. “We loved Pitfall! then-along with millions of gamers around the world-and we still love it now. In fact, it was the game that inspired quite a few of us to seek a career in game development. This new incarnation delivers a best-in-class experience of the game for iPhone, iPad and iPod touch. The team has kept the elements that made the original so much fun to play, and merged them with a cool, retro HD art style, updated controls and play mechanics to keep both old-school fans and newcomers happy. We’re really excited to kick off Pitfall!’s 30th birthday by rebooting the franchise for the mobile audience.”

It looks like The Blast Furnace put quite a bit into rebooting Pitfall! and you can definitely get a sense that Activision doesn’t intend for this to be a one and done effort. This is one of the true classics of the medium after all and it’s been ages (PSOne I think?) since gamers have seen any incarnation of the game.
If you’d like to get in on the new adventures of Pitfall Harry, Pitfall! is a Universal App and is available now. You can grab it (no jumping and/or running required) here for .99 USD. 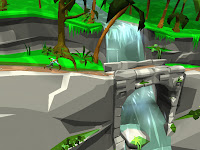 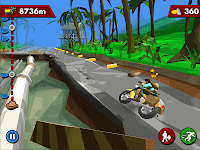