The Max Payne Local Justice pack has arrived on the PC- and just to sweeten the deal a bit, it’s on sale for the first week.

Included in the download is a a bundle of three new maps, a new weapon, a new faction (the police), a brand new perk, and some accompanying Social Club accomplishments.

Max Payne season pass buyers will be able to access the DLC for free of course (since you already technically bought it when you picked up the pass for $29.99), but the normal price for everybody else is $7.99 USD

For this week only though, the price gets a little lower. As a special introductory offer, the Local Justice Pack has been discounted down to $5.99 USD. If you’re a big fan of the game’s multi, that’s not a bad price at all considering the amount of stuff you get.

Also, as a little reminder from Rockstar, there’s a ton of other Max downloadables available for PC players too. Hmmm, if only there were a neatly organized list of all for you to peruse… oh wait! 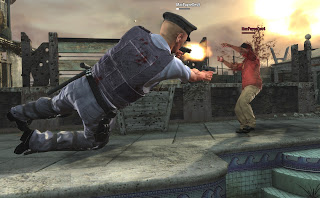 In addition to all that, the Special Edition Pack is also available today for the PC for only $1.99 USD. That particular package of e-goods contains a bunch of multiplayer skins (the triumphant return of Mona Sax!) from Max Payne 2 and some very cool hardware for all your badguy shooting needs.