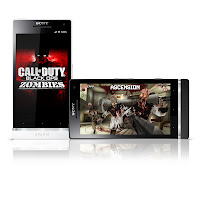 It sounds strange to even say, since it hasn’t exactly set the world on fire, but the Sony Xperia Play platform (and the machines themselves) are getting a 30 day exclusive on the BlOps Zombies action. After that limited exclusivity period, the roster of supported devices will obviously expand. 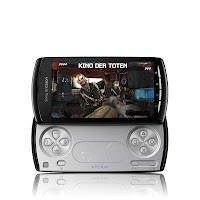 The version that’s coming to all capable devices will be the same one that’ll show up on Xperia. Fans of the console original (or iOS version) can expect a map selection including Kino Der Toten, Ascension, and Call of the Dead: Director’s cut.

Also included with the game will be Dead Ops Arcade. This mode will support up to four players and presents a grueling 50 level gauntlet of the undead to blast through. Expect plenty of ‘in app purchases’ too as players will be able to “enhance their experience” with the CoD Point System. Available in the single player game only, the Point System consists of six levels of ‘purchasing options’ and will offer both new levels and weaponry.

Call of Duty: Black Ops Zombies is available now on the Xperia Play platform- the rest of you might want to set your calendar.