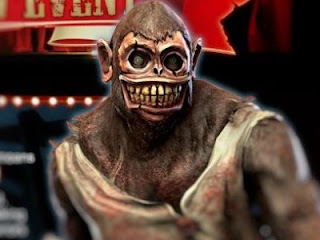 While considered average by the majority of the gaming press at its launch, Killing Floor still has a very active community. It’s incredibly easy to find full servers and it’s one of the few games that does one game mode very well. Tripwire Interactive, the development studio that picked up the game as a mod and turned it into a full retail package, wants to continue the games popularity by hosting seasonal events. The most recent of these events is the second annual Summer Sideshow event, which just kicked off yesterday.

The Summer Sideshow event this year adds more than a new map and more achievements, although those are still part of the update. Along with the new, carnival-themed map named ‘Hellride’ and the nine new achievements, Tripwire Interactive has also teamed up with TI forum members ‘-=Ivan=-‘ and ‘Jack-Carver’ to make the popular IJC Weapon Pack official and available by default to any owners of Killing Floor. The IJC Weapon Pack contains five new weapons, making this Summer Sideshow update the first update in over 16 months to add new weapons to the game. Below is the announcement video for this event;

Also added to the game are two new character packs that individuals can purchase. While the first one contains several unique characters that aren’t noteworthy, the second pack will get peoples attention. The one and only Harry Enfield is the lone star of this pack…in a way. Technically the character in the 5 US dollar pack is Harold Lott, an homage to Harry Enfields early-career Loadsamoney act. Apparently Tripwire was inspired to create the homage after hearing the in-game characters of Killing Floor repeatedly say the phrases, “Need some dosh!” and, “Loads of money!”
The 2012 Summer Sideshow event for Killing Floor started yesterday (the 5th of June) and will end on July 23rd. You can purchase Killing Floor through Steam for 20 US dollars.
Share this

The weekend discussion: “Do you buy DLC? And if so, what?”