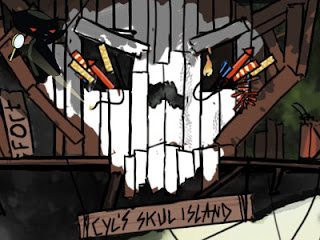 War. According to the narrator in the Fallout games, it never changes. If you ask Will Rogers, he considers it the proof for human progress. However you view it, Steam is waging war against resisting temptations once again.

Today’s daily deals on Steam also happen to wage wars of their own; whether it is the war against crime, the war against the galaxy, or the war against other vendors, every game is set on taking someone or something down. Once again, the following game prices are in US dollars only;

Indie Bundle 7 is a thing. Did you expect less? Anyways, the games in this bundle are Avadon: The Black Fortress, Dungeons of Dredmor, Q.U.B.E., Vessel, Zombie Driver.

The current Community Sale is the 2010 version of Need For Speed: Hot Pursuit. I highly recommend this game, but newcomers to Criterion games should know that all you are getting is a racing game. You do not get some crazy story or a series of challenging “Cups” to race in; the game throws a few challenges at the player and asks them to do the challenges, with nothing resembling a narrative whatsoever. The next community sale is between Anno 2070, Cities XL 2012, and Simcity 4.

The Flash Sales are still going. Yes, I have run out of ‘they are evil’ jokes. What of it? Here are the Flash Sales;

As for recommendations, I can only recommend two titles. The first is Super Meat Boy, and it is the equivalent of platforming hell lite. The game does not throw ridiculous, pixel-perfect challenges at the player, but it does everything else including adding every possible kind of jump there is in the realm of video games. It is quite fun if you do not mind the extremely hard difficulty. The second game I am going to recommend is S.T.A.L.K.E.R.: Shadow of Chernobyl. While it can be hard to follow the story for the first half of the game and the morality system is impossible to identify, the games atmosphere makes up for the few shortcomings the game has and goes beyond to create a really unique game.

Why I hate Spelunky: artificial difficulty vs. genuine challenge