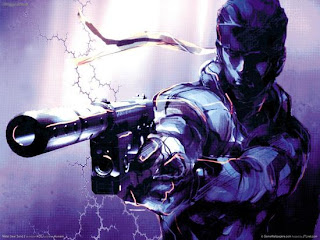 Ahh Metal Gear. A masterpiece of gaming now re-appears on the gaming scene through the remastering of two of the best games in the series. Even though the latest in the collection is now eight years old, all the games still hold up brilliantly, and would arguably be better than a lot of games produced today.

The HD collection for Vita has both Metal Gear Solid 2: Sons of Liberty and 3: Snake Eater. Additionally, the original Metal Gear game and its sequel are included within Snake Eater. Those who have seen the HD edition on the consoles will notice the removal of Peace Walker. It may seem like an odd omission, considering how the other versions include it (and it was a PSP game in the first place), it also reduces the value of the package – it would have been nice for newcomers to get (almost) the entire series.

(Check out our review of the PS3 HD collection here)

If you’re not a big fan of the stealth/action genre, you at least should buy this game just for the story alone. They are both amazing. I honestly don’t know what makes them so interesting, but the characters are written well and are truly captivating. Sons of Liberty is set following the events of Metal Gear Solid. The president has been kidnapped by terrorist group ‘Sons of Liberty’, and it is your job to save him. Controlling Raiden, you travel through the ‘Big Shell’, a series of interconnecting struts joined together. Snake Eater meanwhile is a prequel to the series set in 1964 during the Cold War. As a result of a nuclear attack used as a cover-up, Naked Snake is sent to defeat Big Boss, the person who was behind the nuclear warfare. 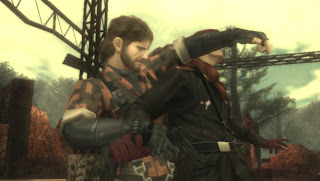 There are few games that can so masterfully form characters that are so believable. I wouldn’t be surprised if some people have compared Metal Gear Solid to Shakespeare (especially since so many characters die). The game does a good job of bringing an immense sense of sadness when some characters die, and to find this emotional power within a video game made in 2001 and 2004 is quite a feat.

The voice acting is incredible. It adds another layer of depth to the characters. I also love how most of the same cast has been kept throughout the series. Special mention must be given to David Hayter who reprises his role for all Snakes through every game. The music is one of the best I have heard in a game. Both Sons of Liberty Snake Eater cannot be played on mute, even if that means blasting your speakers on the morning commute. (I will admit I died a few times on purpose just to hear the tune that plays over the Game Over screen). 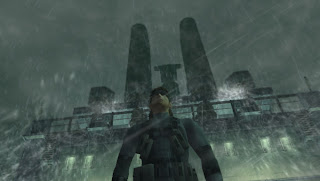 What’s amazing about this collection is seeing how the games have evolved from one to the other. Sons of Liberty is very similar to Metal Gear Solid. And there’s nothing wrong with that at all. Sons of Liberty is split into two parts, the Tanker and the Plant. The Tanker is a sort of prelude to the events that occur at the Plant, which is the focus of the game. What’s annoying though is the game treats the two separately, even though you can choose to play them together. The tutorial in Tanker, (which is pretty poor to begin with) is repeated again in Plant. It would be nice to be able to skip it completely without having to click through the entire codec conversation.

Another great addition is that when visiting a new strut, you have to download the radar yourself. It brings a new experience for the stealth parts of the game. Rather than being able to see where your enemies are, you have to do all the dirty work yourself. What’s even better – though it adds challenge – is that if you’re caught, you’re radar goes away, meaning you have to re-download it again. 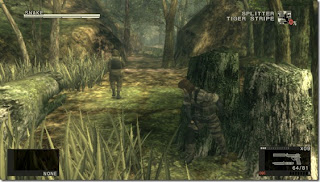 For a game that was released over ten years ago, the AI is amazing. When they first see you their first reaction will be one of shock. They will first react by shooting at you, or going for cover. Then proceeding to radio in for help. It’s very… natural. Which is still surprising, even now.

The only real problem I had with Sons of Liberty was the cover system. Rather than having a button dedicated to covering behind walls, you simply push against the wall to hug it. With no camera control, trying to move along the wall is very awkward, and it’s hard to peek around corners to knock someone out with your tranquilizer.

At the other end of the spectrum, and on the same game package, Snake Eater is so different to Sons of Liberty in the terms of gameplay. A large majority of the game takes place in a rainforest. Removing Snake from the close-quarters of the Big Shell creates an entire new way of playing. The obvious benefit to this from a gameplay perspective is that there are a few noticeable additions, such as camouflage and the new stamina gauge. 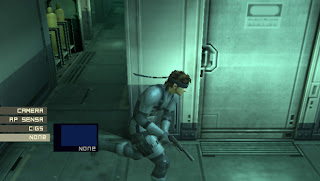 There are multiple locations within the forest, and in order to stay hidden as best as possible you constantly have to change your camouflage. When in the right outfit you can be undetectable, and you’ll pay very close attention to how much cover your camouflage provides you. Additionally, the radar is gone in Snake Eater, slowing down the pace quite a fair bit. Normally I’m not a fan of slowing down the pace of a game, but it works wonders here. You’re forced to study every area in order to move through undetected. You can go running and gunning but you’ll live to regret it (or not live, which is the reality… poor Snake).

Unlike in previous games, if you exit an area whilst your enemies are still in Alert/Caution mode, upon entering a new area you still will be in danger. If you can find a good hiding spot you may get away, but there is a larger satisfaction with going undetected throughout. The stamina gauge also requires monitoring. As Snake’s stamina gets lower, your aim gets worse. Your stomach will start to grumble possibly alerting enemies to your presences. In order to survive you need to use your environment, as the flora and fauna found in the rainforest will provide food to increase your health and stamina. 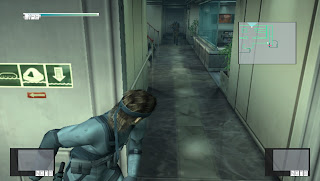 Control wise, it does take some time getting used to moving around in the slower sections of the game. With the removal of the L2 and R2 buttons, you interact with your equipment via the touchscreen. It’s not bad, but sometimes can be a little unresponsive at times. The camera control in Snake Eater is really well implemented and I would hate to have to play the game without it.

A feature only found with the PS3 and Vita versions of the game is that you can share you saves between the two systems. Also putting Metal Gear Solid on a handheld seems to be a great decision, as the structure of the game works for pick up and play. You can complete one area at a time, put it down, come back and complete the next area.

I love these games. I had never played a Metal Gear game until earlier this year playing them now makes me want to go and play every game in the series. Both Sons of Liberty and Snake Eater deserved to be played, for both the story and the gameplay, but also for the amazing experience that it forms within the player.