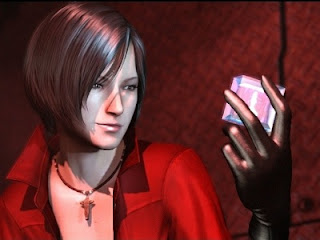 The name, ‘Dungeon Twister’ is a touch deceptive. It doesn’t have a whole lot to do with Twister, the game that has been giving teenagers a legitimate excuse to bump and grind with one another for years now. Rather, it’s a new kind of board game, and the physical version is proving to be quite popular.

I suspect the digital version will not, however. In fact, I have to wonder why the physical board game has become so popular. At a time where the trend is for board games to be indirectly competitive and offer simple rulesets so that everyone can play, Dungeon Twister is a needlessly complex game. Having been entertained by the sheer elegance of games like Puerto Rico and the Dungeons and Dragons board games, this is disappointing.

I’m getting ahead of myself, though. Dungeon Twister, for those who haven’t experienced it before, is a glorified take on Chinese Checkers. With combat. The game kicks off with a couple of unique characters on either side of a playing field that is made up of pits and passages (ie, a ‘dungeon’). The goal of the game is to accumulate points by either reaching the other end of the playing field, or defeating the opponent’s characters. 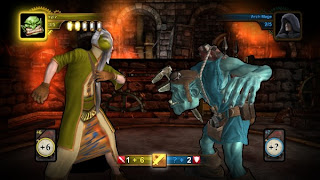 Each character has his/ her own special abilities. The goblin, for instance, is weak, but worth twice as many points if he reaches the other end of the playing field. Another character can walk through walls. There’s a combat specialist, and a wizard. It’s a rag-tag band of special abilities, and although the characters can team up to tackle an enemy together, the unfortunate fact is that these heroes don’t necessarily work so well together – the game is more about controlling a handful of individuals than a cohesive team.

Movement and combat plays out quite simply – through the use of cards. At the start of each turn you’ll pick a numbered card that will give you a corresponding number of actions – movement, attacking, special abilities – for that turn. Combat works a similar way – each character has a base attack rating, and then you’ll pick a card with a “+X” number to add to that rating. The player with the highest combined total wins the combat. 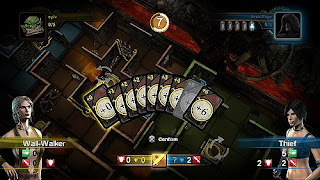 If this all sounds a touch on the complex side, that’s because it is – Dungeon Twister has a tutorial mode that contains no fewer than 20 missions. While I would suggest those are necessary to learn how to play the game, the fact that it’s possible to fail the missions while you learn the ropes of the game, and the fact that even if you don’t fail you’re looking at a solid hour or two to work through all those missions means this is a very, very slow game to get going. 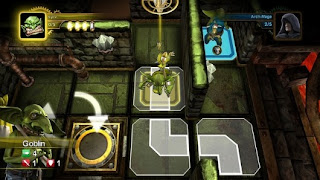 Once you’re comfortable with the game’s systems, there’s a decent bit of fun there. There’s online play to compensate for the rather predictable AI, and the game isn’t unattractive. But there’s a fundamental problem with this game that I just can’t resolve – it’s an old-school board game. After enjoying the elegant simplicity of the Eurogames, I just can’t resolve the old-style approaches any longer. The system is clunky and for those 20 tutorial missions, the strategy is very straightforward.

I’ve got to say that I’m disappointed. There are hundreds of board games that would have made better PSN releases than Dungeon Twister. There’s nothing broken about the game, it’s just that it’s not a very compelling game in the first place.

And the Frequent Flyer Rewards keep rolling in!