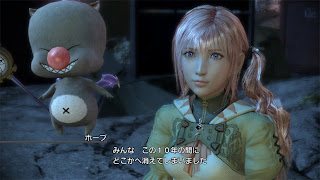 This was inevitable, but the rumours behind the development of a new numbered Final Fantasy game have begun. According to this source, FFXV has already been in development for four years and will release on current-gen consoles.

What’s more interesting, though, is some of the rumoured gameplay details – specifically the bit about Yoichi Wada wanting the game to directly take on Skyrim. That means an open world and non-linear approach to storytelling.

This makes sense – the Japanese development community longs for the kind of lucrative support western RPGs currently enjoy, and Skyrim is the king of that hill. Given how many Final Fantasy fans threw a tantrum over the linear nature of XIII, the move to make a game the complete opposite to XIII also makes sense in terms of rebuilding brand value. When you also consider the popularity and faithful community that has formed around of the last few “open” JRPGs – Dark Souls and Dragon’s Dogma, it makes even more sense again.

The director is rumoured to be Hiroyuki Ito, the man behind the most open Final Fantasy game to date (and the most underappreciated) FFXII.

So all up I consider this rumour plausible, though naturally I’m taking it with a big grain of salt.

While I’ve observed some concerned reactions to this news, I personally think this is the best thing that could happen to the Final Fantasy series. I was a big fan of Final Fantasy XII, though that was a game somewhat hampered by the limitations of the PlayStation 2. An open-world RPG was very difficult for that console. With the PS3, those limitations are removed, and those brief moments in FFXIII and XIII-2 where the game really opened up shows that Square Enix knows how to make things epic. 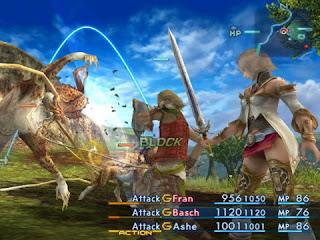 It’s also a concession to the simple fact that the JRPG has grown up. As much as I’m a fan of the genre, it’s a genre that grew out of limitations – the early JRPGs were attempts to emulate pen-and-paper RPGs, but where a pen-and-paper RPG is an open experience, the technology hardware running early JRPGs was too limited to really give the developers the ability to create open worlds.

That limitation is no longer there, so it seems logical to me that the JRPG developers would start to realise the ambition that drove the genre in the first place.

Of course, with no details on plot, we have no idea how this game will really turn out. Final Fantasy games have always been about story and character first, and “gameplay” second, so it’s too early to form real opinions about where this game is going.

I will say this though – after a generation of futuristic Final Fantasy games (XIII and XIII-2), it would be really nice to see the series come back to classic fantasy.

What are your hopes/ expectations for the next Final Fantasy game? What do you think of the idea to make it an “open world” game? Let us know in the comments below!

Double Dragon II on the way to 3DS

Zelda games are not RPGs